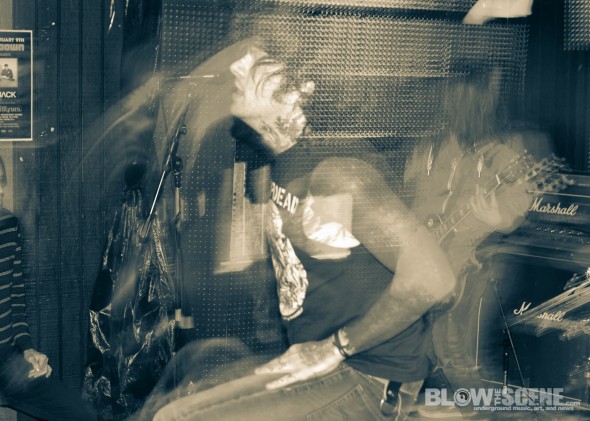 Baltimore based, D-beat punks Old Lines have officially announced they’ve signed with Huntington Beach independent label No Sleep Records. The band is currently writing their next record, which should be out later this year.

Old Lines was formed in 2010 by ex-Pulling Teeth/Ruiner guitarist Mitch Roemer and drummer Jake Berry, who after sifting through a slew of musicians brought in Pat Martin on bass and Matt Taylor on vocals. Musically, the band’s sound blurs the lines of crust punk and hardcore with hints of metal and doom. Lyrically, the band’s agenda is purely political and social. Political corruption, capitalism, social and environmental injustices help stoke the fires behind the band’s intense sound and their snarling lyrics.

In 2013, the band released an EP called If You See Something, Say Something. From the record’s title, a commentary on the hypocrisy of the Department of Homeland Security, to the lyrics of their song “Stratford,” a song about excessive force of police, Old Lines use their music as a device to speak their mind in a direct, albeit confrontational way, invoking discussion, thought and circle pits.

If you missed our Exclusive Interview with Old Lines, check it out now.