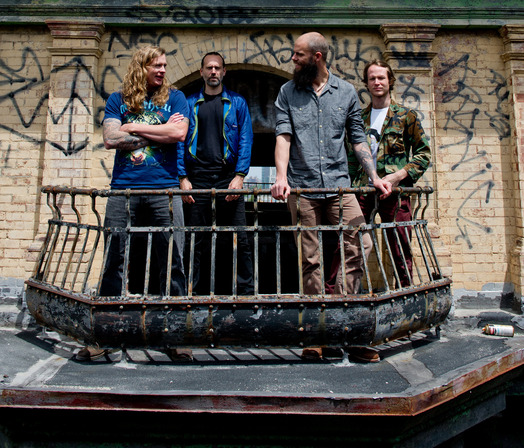 Baroness is back on tour in Europe, and tomorrow, Thursday Oct. 3, the band plays the Visions Westend Festival in Dortmund, Germany. The show can be viewed via live stream on WDR Rockpalast’s website: www.wdr.de/tv/rockpalast.

Baroness will hit the stage at 4:30 pm eastern/1:30 pm pacific; other bands performing on Thursday include Long Distance Calling and The Ocean.

* Royal Thunder opens on all dates except October 3 and 6