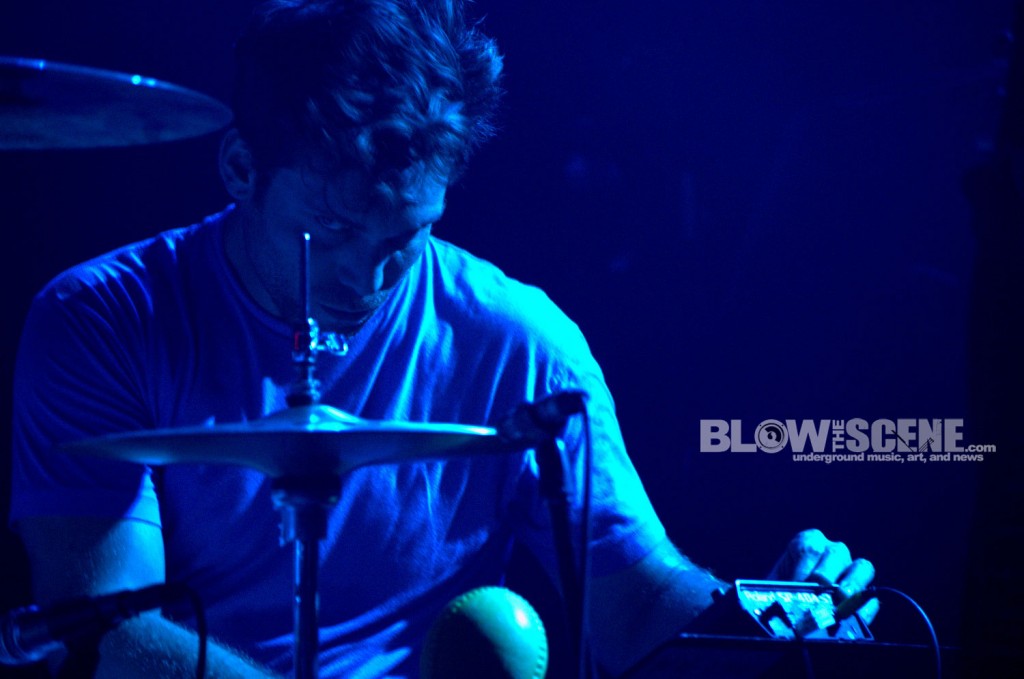 Baroness have released a live montage for the song “March to the Sea” via Spin. The clip, filmed by Jimmy Hubbard, also features candid backstage footage filmed during the band’s 2012 tour.

“So here is another video for everyone out there!” shared guitarist Pete Adams. “This was filmed while we were on tour with Meshuggah in the Spring of 2012. Some of you may recognize the footage from several of those shows and the ‘Take My Bones Away’ video as well. We were excited to be back out as it had been since December of 2010 when we had our last tour before taking time off to write Yellow & Green. You can see from the video we were happy to be back on the road. We’re happy now to have this video to share with you all. Enjoy.”

Blow The Scene caught up with John Baizley during the Philadelphia stop on the Baroness / Meshuggah for exclusive video interview, you can scope that here.

Yellow & Green was released in July via Relapse Records and debuted at #30 on Billboard’s Top 200 Album chart. The double-album was dubbed a “thrilling hard-rock epic” by Rolling Stone, the New York Times said the 18-track release included “a grand sprawl of riffs and ruminations”..

As the year came to a close, Baroness dominated year-end lists with Entertainment Weekly and Spin both naming Yellow & Green their #1 metal release of 2012 and iTunes awarding “Take My Bones Away” the distinction of best metal song of the year.

John Baizley is also scheduled to appear with Neurosis this Sunday at Philadelphia’s Union Transfer venue.