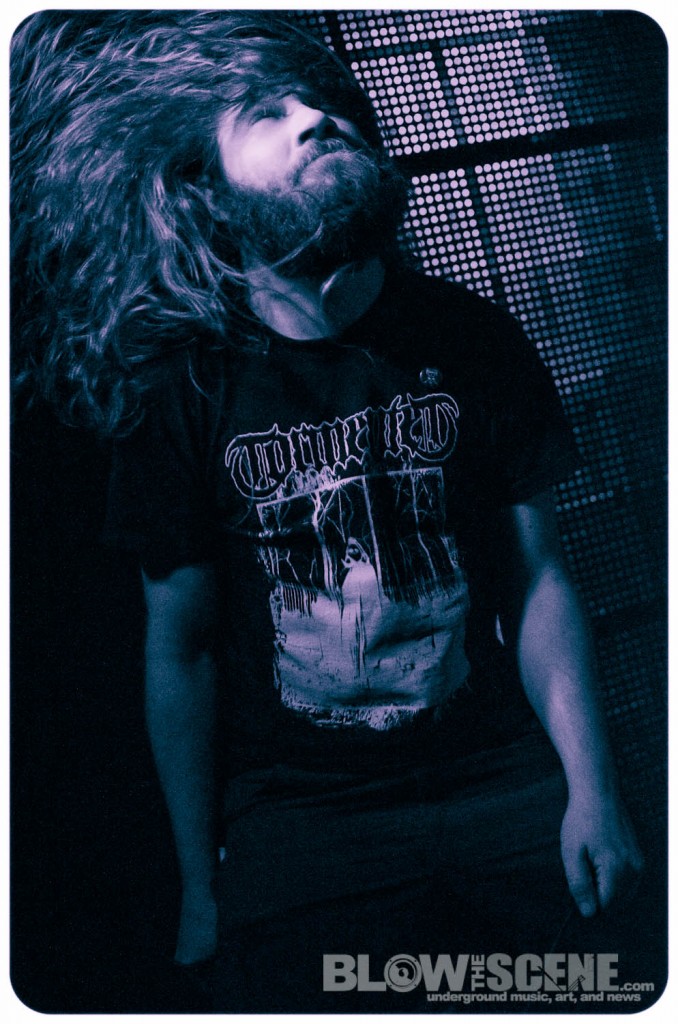 Following their recent dirge at the year-end The Power Of The Riff event in Los Angeles with High On Fire, Sunn O))), Corrosion Of Conformity and more, Seattle’s Black Breath have confirmed a fat batch of new live actions for the Spring season.

This week Black Breath announces a full five-city Australian tour this April, set to systematically blaze Brisbane, Sydney, Canberra, Adelaide and Melbourne alongside I Exist. Just days after returning to the US the faction will cross the continent to perform at the fifteenth anniversary of the New England Metal & Hardcore Festival, raging alongside Anthrax, Hatebreed, Shadows Fall, Exodus, Municipal Waste and tons more in addition to labelmates Xibalba and Power Trip that night alone. Post NEMHF they’ll induce full-body-bangovers in New York and Philly alongside Brooklyn’s Mutilation Rites and White Widows.

A recent Scion AV interview with the ‘Breath, live footage from TPOTR and more action can be viewed here.

Black Breath‘s second full-length Sentenced To Life was released once again by Southern Lord in March 2012, the band’s ferocious blend of death, hardcore and rock influences crushing everything in its path. With thirty-three minutes of their most energizing d-beat injected death metal hymns date, they just keep touring on this record, and won’t stop until you’re all paralyzed and mangled in their wake.