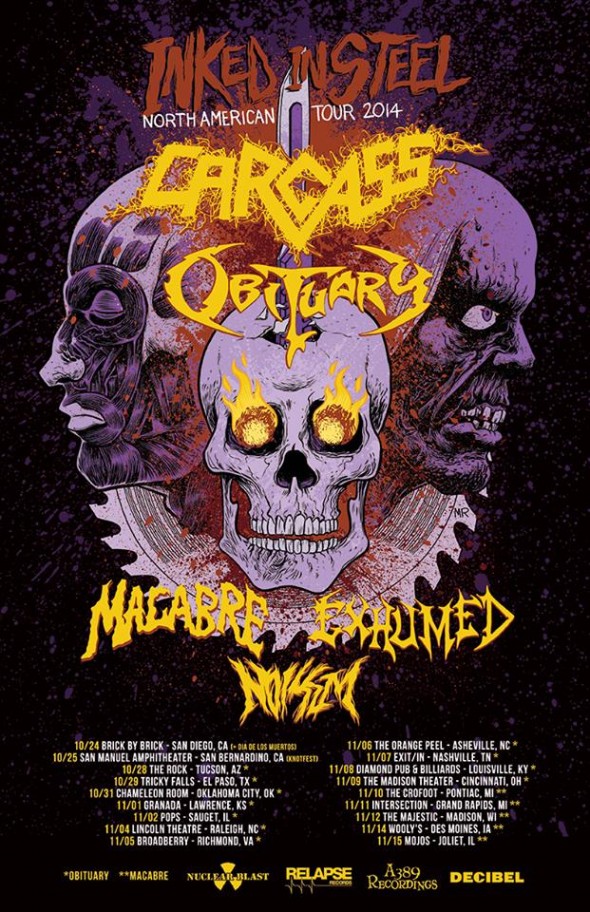 Disinterred British extreme metal icons Carcass, will return to the United States once again this October/November! Joining them on select dates are Florida death metal legends Obituary and the eclectic champions of “murder metal”, Macabre. Death grinders Exhumed and newcomers Noisem will open each night of churning insanity as well.

“We thought it would be cool to go off the beaten track a bit and play some places that usually get overlooked,” commented Carcass frontman Jeff Walker. “We figure some of the tumbleweeds needed blowing away. Pretty chuffed to have managed to get our pals Obituary to come along on these dates. As anyone who has seen them recently will testify they’re tearing it up live nowadays!”

“We’ve been waiting to announce this tour for weeks. Finally the cat is out of the bag. What an awesome tour for us and you fans. We are so STOKED!!! Our new album Inked In Blood will be released on October 28th the same day as the first show at The Rock in Tucson AZ. Can you say album release party!!!”