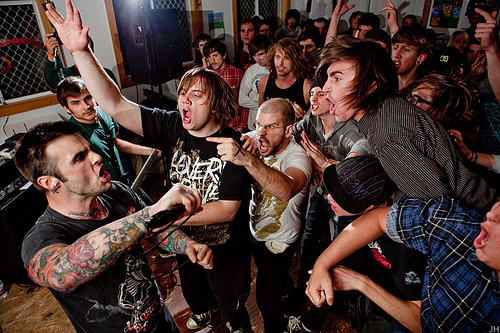 Jacksonville’s Casey Jones have just released their brand new Music Video for “Hammer the Nails” off their third and final album I Hope We’re Not The Last released on 1/11/11.

“Hammer The Nails” has a distinctly straight edge message, which the video portrays with true grit and graphically rugged style, be your own person!

In his own words, Casey Jone’s Front man, Josh James says “the video is about making choices and being aware that you don’t have to take part in all things surrounding you. Your decisions should be your own, no one else’s.” A first person rollercoaster ride, with images of excessive alcohol and drug abuse, the video for “Hammer The Nails” empowers the viewer to take a closer look at the path they are taking and who they have chose to follow in their lives.

Casey Jones have made the decision to make “I Hope We’re Not The Last” the bands final album. The album has been met with great acclamation as well as sadness as the band nears in culmination. Josh James spoke about the last album saying, “It’s exciting to be ending this band with a bang, the overwhelming interest at shows and online have definitely been a surprise. We want to thank everyone who has shown interest by doing interviews, coming to the shows and writing about us. It makes an impact each time. We look forward to hearing from you on our next few tours.”

If you missed it, we recently ran an in-depth, full-feature interview with Casey Jones and premeired new track “Butt Hash!”

Related Items:Casey Jones, Casey Jones, Hammer The Nails, Hardcore, I Hope We Are Not The Last, music video, Straightedge