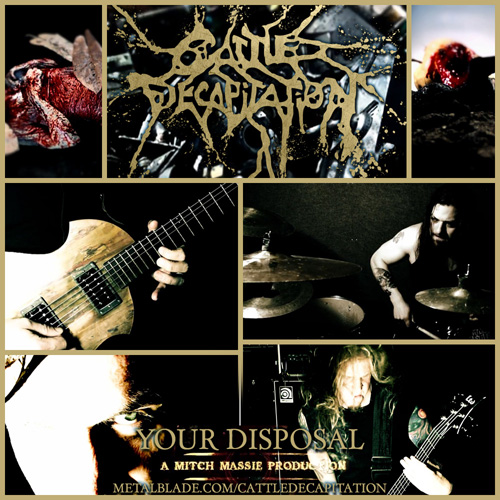 Cattle Decapitation has launched a brand new video for “Your Disposal” from their most recent album, Monolith of Inhumanity. The band worked with Mitch Massie once again to create an irreverent, grotesque piece of cinematic artistry.

Notes Cattle Decapitation‘s Travis Ryan: “Director Mitch Massie has presented us all with a bizarre retelling of the story of Adam and Eve using themes from our latest album Monolith of Inhumanity. Here we see Eve giving birth to humanity, a living, breathing piece of primordial meat birthed into the dirt making its way through the Garden Of Eden, hell-bent on destruction… A clean and conscious monolith foretelling what could be possible given the fact that humans exhibit superior traits of intelligence, instead the earth is flooded with technological fallout and debris by the hands of man. This video is very much a prequel to our other videos ‘Forced Gender Reassignment’ and of course, ‘Kindgom of Tyrants.’”

Fans can view “Your Disposal” now via Metal Blade: