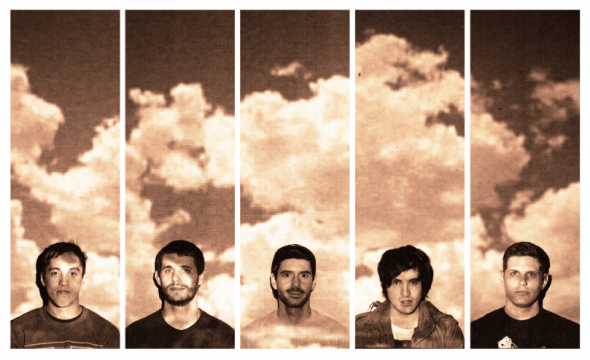 A Bay Area band with a decade of work behind them, Comadre buck all punk rock conventions with their new self-titled album — their third release for Vitriol Records and eighth release in all. With a sound that can be traced back to the pioneers of emotional hardcore, from Rites of Spring to Heroin, Comadre have evolved into a dynamic rock band. Still bursting with angst, especially in frontman Juan Gabe‘s shredded vocals, Comadre have nonetheless grown to become a rock n’ roll machine. Comadre shows the band wielding anthemic melodies, ironclad structures, and such instruments as trumpet, piano, organ, accordion, and tambourine.

Comadre have a long alliance with Vitriol founder Justin Smith and his band Graf Orlock, dating back to 2005 when they met on tour. Like Graf Orlock, Comadre are defined by a staunchly independent DIY spirit. The band play by their own rules, whether in choosing to tour to remote places (to date, Comadre have ventured to Japan, Australia, Malaysia, Singapore, and Mexico, on top of four US tours and three European tours) or in curating and releasing their own series of digital “mixtapes” of rare/remixed/random music, one of which raised money for Japan tsunami relief. With Comadre, all band business is an inside job: guitarist Jack Shirley records their albums at his own studio, The Atomic Garden (where he has also made records for Graf Orlock and Ghostlimb), frontman Juan Gabe creates their artwork, and up until recently bassist Steven Shirley ran Bloodtown Records, a label involved in all the band’s releases.

Unfettered by rules, carving their own path, Comadre are nevertheless aligned with a thriving scene of West Coast bands. There’s of course Graf Orlock and Ghostlimb, both of which feature Vitriol Records boss Justin Smith; then there’s Touche Amore, Trash Talk, Loma Prieta, Punch, and Broadway Calls, to name a few.

Remarkably, Comadre have retained their original lineup through an entire decade of touring and releasing music. Perhaps the key lies in the fact that within the five-man band there are two sets of brothers: frontman Juan Gabe and his brother Kenny Gabe on guitar, and guitarist Jack Shirley and his brother Steven Shirley on bass (a former member of defunct thrashers Light This City). The lineup is completed by drummer Wes Ellsbree. 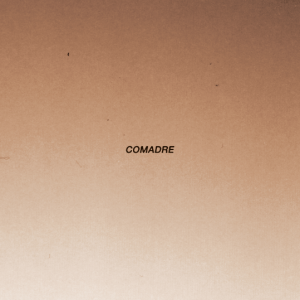