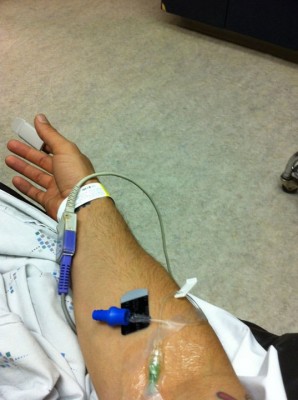 Converge have issued the following statement regarding the cancellation of their remanding US Tour Dates:

Thanks to everyone who came out to see Converge on our recent U.S. Tour.

Unfortunately on our day drive from St. Louis to Austin, one of our members had a serious health scare. We rushed him to the nearest ER were he was looked at by some fine Oklahoma doctors. After a night’s stay in the hospital and a battery of tests we were able to have him discharged earlier today. We are now racing (quite literally) to make it to our show at Chaos In Tejas, albeit extremely late, to play an abbreviated set. Wish us luck…

Because of this health issue, we are canceling the remaining few shows of this current U.S. tour so he can get home and get some medical attention asap. To those in Little Rock, Nashville, and Raleigh, we will add you to our list of places for make up shows later down the road.

Thanks to all of you for your continued support, it is appreciated by all of us.