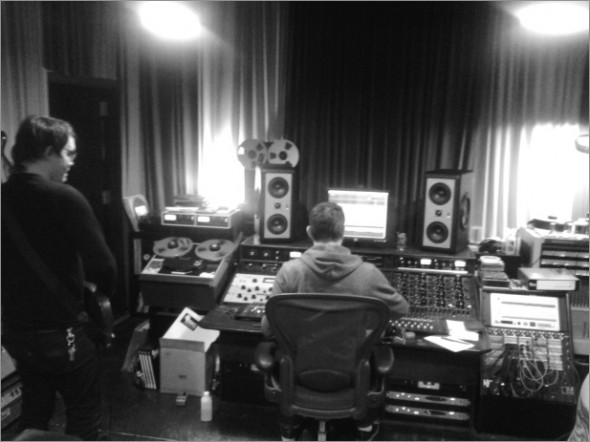 This April and May, San Francisco-based Deafheaven will be returning to Europe with Italy’s The Secret (Southern Lord) on all shows. Their tour will canvas the continent, sending the bands to Germany, Belgium, France, Italy, Hungary, Denmark, Sweden, Holland, the UK, and all the way to Russia – a full tour routing can be found below. More dates may be added, and show details can also be found here.

Today marks the first day of Deafheaven‘s recording session at Atomic Garden with Jack Shirley (who also worked with the band on 2011’s landmark album Roads to Judah). The band will spend the entirety of this week in the San Francisco recording studio tracking what will be come the late Spring 2013 release, Sunbather. Vocalist George Clarke mentioned of the new Deafheaven tracks: “While the new material is more developed, we’ve strayed from what was previously a more melancholic approach. The black metal aspect to our music is prevalent in the new material, but I don’t think it’s necessarily the focus this time around.” Lead guitarist Kerry McCoy continued, “There are a lot of harsh, dark vibes on Sunbather, but don’t be surprised at how lush and rock-driven, even pop-driven certain aspects will be.” Sunbather is set to see the light of day in late Spring of 2013 via Deathwish Inc. with touring and festival appearances to be announced soon.

Deafheaven has had an exciting few years since their inception in 2010; the band has toured 27 countries worldwide supporting bands like Godflesh, Alcest, and Russian Circles, released 2011’s opus Roads to Judah which hit #6 on NPR‘s Best Metal Albums of the year and #22 on Pitchfork‘s Top 40 Metal Albums, were mentioned in Esquire Magazine as “Brutal and bracing, with a shoegazing indie-rock band’s ear for graceful melodicism”, and have received endless critical praise from magazines and websites across the globe. 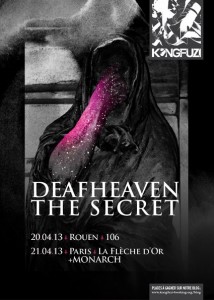