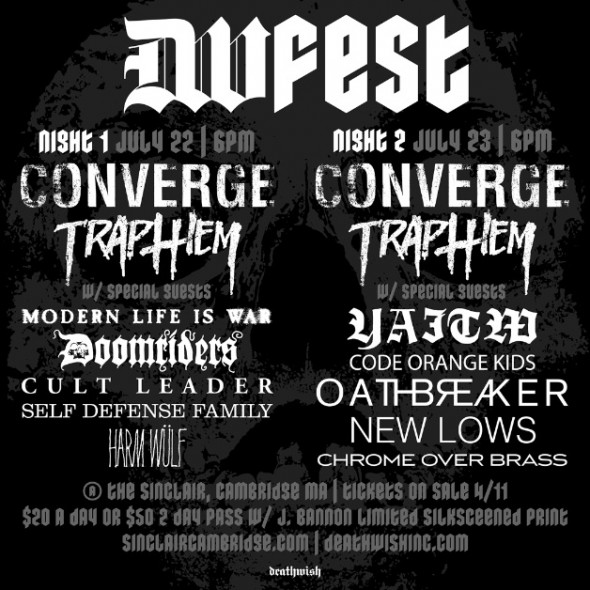 Deathwish Inc. is proud to announce a two night Deathwish event July 22nd and 23rd at The Sinclair in Cambridge MA, featuring exclusively Deathwish affiliated artists. This is the first in a series of Deathwish Events that will happen in the future worldwide.

Converge and Trap Them will headline both nights of the event, and it will be both bands’ only Boston area appearances this year. It will also be the only area appearance for Modern Life Is War, Harm Wulf (G. of Blacklisted), and YAITW who are all making the journey exclusively for these shows. It will also serve as the New England stop for the Oathbreaker and Cult Leader U.S. Tour (more details on that tour soon). Add the monstrous Doomriders, Code Orange Kids, Self Defense Family, New Lows, and Chrome Over Brass (Al of American Nightmare, etc) and you have a truly diverse and powerful lineup.

Tickets go on sale 04/11 at www.sinclaircambridge.com