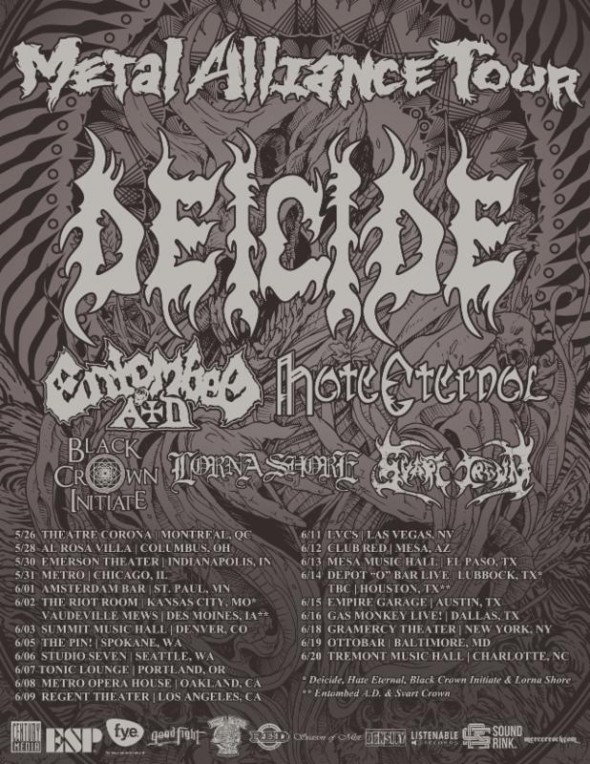 Floridian death metal masters Deicide will be back on the road again this month, this time as headliners of the Metal Alliance Tour! Joining them on the run is Swedish death metal legends Entombed A.D., along with Hate Eternal, Black Crown Initiate, Lorna Shore, and Svart Crown– making this one bill not to miss!

From his anti-god lyrics and Satanist labeling, Glen Benton has managed to lead Deicide through 11 albums over the past 25 years, and they have been a staple death metal band from the early years of the genre. Their latest album, In The Minds Of Evil, came out in late 2013 via Century Media to critical acclaim. For a preview of In The Minds Of Evil, check out the video for “End the Wrath of God”:

Entombed A.D. will be touring in support of their recently released album, Back To The Front. From the morbid, pissed-off lyrics over down-tuned, massive riffs, to the inimitable brick-heavy groove, to L-G Petrov’s titanic roar, Back To The Front promises to win over new and old fans alike. For a preview of the album, fans can check out the video for “Kill To Live”: