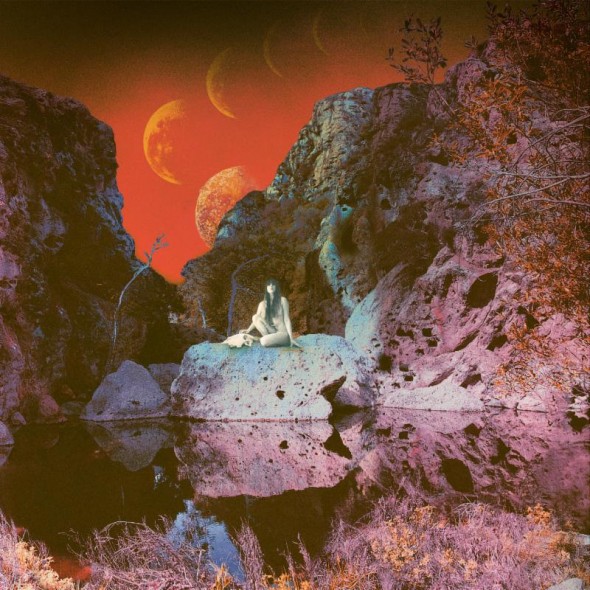 Following months of buildup to the release of the Seattle outfit’s newest works, this week, Primitive And Deadly, the immense tenth album from Earth, is officially available to the public worldwide. Additionally, having already toured Australia, New Zealand, Japan and Europe in advance of the LP’s release, the band embarks on their newest venture this week, bringing the album to American fans in conjunction with the release of the new album.

The New York Times reviews Primitive And Deadly, issuing in part, “Now, EARTH is reconciling its two moods, rugged and contemplative, and doing something it hasn’t done since 1996: hire vocalists. Mark Lanegan, once of the Seattle band Screaming Trees, appears on a few tracks, sounding like dread and survival and the white blues; when he sings, you almost feel a crust forming. But the clear-voiced Rabia Shaheen Qazi, of the younger Seattle band Rose Windows, suggests something fresher on ‘From the Zodiacal Light,’ a long song at the record’s tasty heart, essentially a series of long approaches to beautiful choruses, with dark words and uplifting chord changes.” Pitchfork offers kudos to the album, stating, “Since the band’s reboot a decade ago, Dylan Carlson’s guitar has purred and glistened, cut free from the webs of feedback and distortion that made the earliest EARTH LPs cavernous and canonical. But he rumbles at the start here, caking Adrienne Davies’ steady meter with a burly, bristling tone,” and Drowned In Sound praises the album and band, with “Primitive and Deadly is the latest in a recent suite of triumphs – by this point EARTH are masters of their game, making music that’s bigger and more powerful than anything mere mortals should be able to create.”

Primitive And Deadly is out now via Southern Lord. The entire album is now streaming below.

An extensive visual trailer for the album can also be viewed below.

Primitive and Deadly is available direct through the band’s official store, via iTunes, and through Amazon.

With their tours of Japan, Australia, New Zealand and Europe in support of Primitive And Deadly now behind them, this Thursday, September 4th sees Earth is embarking on a month-long tour from September 4th through October 3rd, with direct support from dark folk act, King Dude. Expect a heavy amount of material from the new album to infiltrate their set each night.

Already a standout release in Earth‘s already inspiring catalog, Primitive And Deadly was recorded at Rancho de la Luna in Joshua Tree, California with each session preceded by hours of meditation in the vast desert, after which it was further explored, built upon and finalized by longtime collaborator Randall Dunn (Sunn O))), Wolves In The Throne Room, Eagle Twin) at Avast back in Seattle. With some of the most massive and straightforward rock movements in the band’s lineage and featuring the first vocal contributions since their seminal 1996 Pentastar album, the slow-motion, organic dirges of founding guitarist Dylan Carlson and amazingly restrained percussion of his longtime cohort Adrienne Davies are here joined by bassist Bill Herzog (Sunn O))), Joel RL Phelps, Jesse Sykes and the Sweet Hereafter), with additional guitar contributions from Brett Netson (Built To Spill, Caustic Resin) and Jodie Cox (Narrows). Rabia Shaheen Qazi of Rose Windows lends her angelic voice to the “From The Zodiacal Light,” “Rooks Across The Gate” and “There’s a Serpent Coming” feature evocative vocal contributions from Mark Lanegan previously of Screaming Trees, Queens of the Stone Age, Mad Season and more.