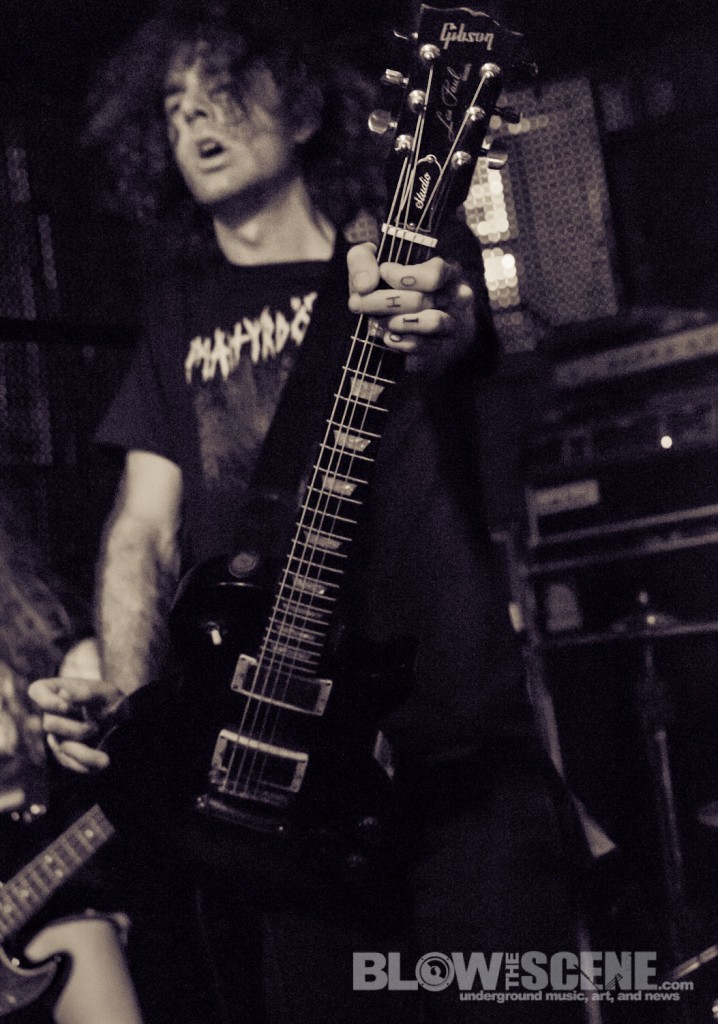 Milwaukee crossover marauders, Enabler, confirm the imminent release of the Flies EP, the newest swarm of embittered and volatile metallic punk/hardcore anthems to pour forth from The Beer City outfit.

The material on Flies was thrown down over two spur-of-the-moment sessions in Minneapolis and Australia earlier this year, and following a recent mastering job by Brad Boatright at Audiosiege (From Ashes Rise, Integrity, Tragedy, All Pigs Must Die), these random recordings have culminated into an upcoming joint assault between Enabler and The Earsplit Compound.

“The Flies EP was such an unplanned and fun thing to put together,” explains Enabler‘s founding guitarist/vocalist Jeff Lohrber. “We recorded three of the tracks while holed-up in Minneapolis this past April, with the other three tracks being recorded during an off-day of our Australian tour in Sydney in July. We were able to track five new songs altogether, in addition to finally recording our cover of Sepultura‘s ‘Arise’ with vocal help from our tourmates in Urns. The initial plan was to self-release this digitally, but when I brought it up with Dave/Earsplit he offered to release it as the first release under this awesome new label. This is a release that I did not see happening this year at all, and yet here it is! We will still be releasing this digitally as a pay-what-you-want download, with all profits helping us fund our next record, but if you’re like me, you’re gonna want something to hold in your hands.”

Enabler will initially unleash the EP digitally through their Bandcamp page next Tuesday, October 1st. A digipak CD version is in the final stages of plotting, the physical copies set to serve as the first release from a brand new division of Earsplit, aptly entitled The Compound, just in time for Samhain. Stay tuned for more on Flies and The Comopund’s other upcoming actions in the coming days.

Following a steady supply of DIY and independent EPs and split releases, Enabler‘s patented alloy of crusty, morosely melodic hatesongs fueled by their enraged, bleak perspective on humanity in general was most widely publicized in 2011 when Southern Lord issued the band’s debut LP, All Hail The Void. Since then, the band ravaged stages on multiple continents including taking part in the first Southern Lord label tour across North America with Black Breath, Burning Love, Martyrdöd and others, a full European assault with Rotten Sound and Martyrdöd, an Australian invasion with Urns and more, in the meantime releasing a new EP via Think Fast! Records, entitled Shift Of Redemption. Following the upcoming release of the Flies EP, Enabler will record their next LP for release in early 2014.