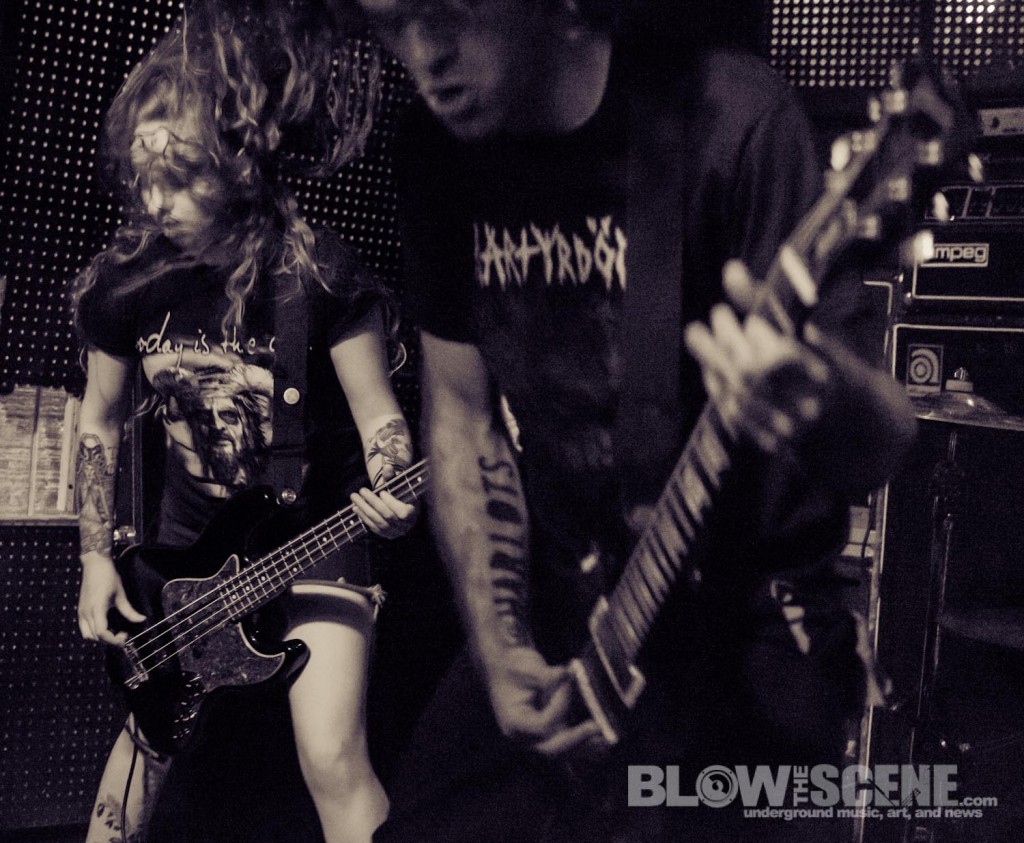 Enabler’s upcoming Shift of Redemption EP features four brand new tracks from the Brew City killers, and while a rapid release, showcases the band expanding their infectious brand of sonic violence into new territory. The recording lineup for Shift of Redemption included founding guitarist/vocalist Jeff Lohrber and bassist Amanda Daniels as on All Hail The Void, and welcomes new lead guitarist Eric Dunn (By Way of Sunstorm, ex-Harlots) and drummer Dave Mann (Mouth of the Architect). The brutal anthems were recorded by Shane Hotchstetler at Howl Street Recordings, mixed by Chris Common (Pelican, These Arms Are Snakes), and mastered by Brad Boatright at Audiosiege (From Ashes Rise, Sleep, High on Fire), with artwork provided by Raf W. The EP is now confirmed for release via Think Fast! Records worldwide on April 9th via digital download and 7”; the first pressing limited to 1,000 copies, with 350 copies pressed on gold wax and 650 on clear.

Preceding the release of Shift of Redemption, Enabler will trek across the Atlantic for their maiden Europe tour. Confirmed for a sixteen-city massacre alongside Finnish grinders Rotten Sound and Swedish crust/metal squad Martyrdöd, the mayhem will begin with a sendoff show in Dayton, Ohio on February 18th. However Enabler is currently operating without a full-time drummer, Andrew Stamm will lay down the percussive assault on the band’s first European tour.