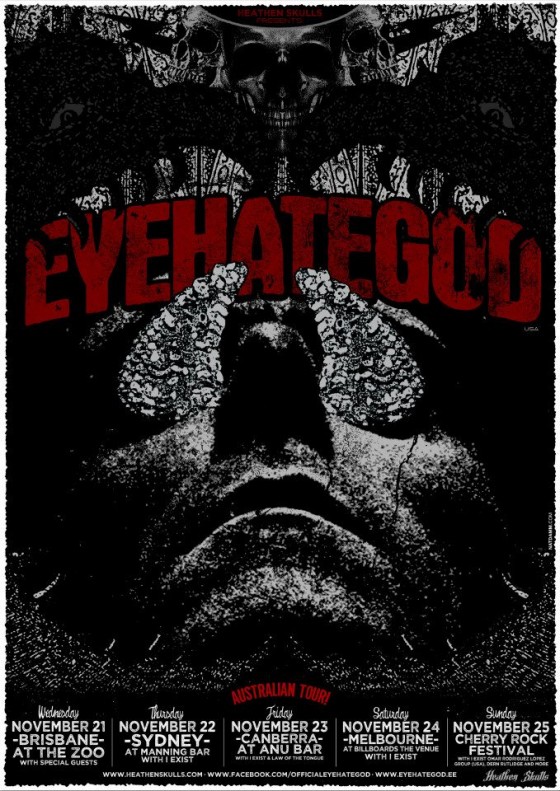 Following a torrid Summer run of live takeovers across Europe and the West Coast, New Orleans’ minstrels of blown speakers and bruised feelings, Eyehategod will bring their audio wreckage to Australian fans for the first time ever! The trek will commence November 17 with a local, pre-tour performance at Siberia. From there, the band will head to the land down under where they’ll play their first show in Brisbane on November 21 before systematically leveling stages through Sydney, Canberra and Melbourne. And the beatings don’t end there: The Louisiana dirge miscreants will bring 2012 to a celebratory close with two shows at Saint Vitus Bar in Brooklyn.

In related news, EYEHATEGOD recently appeared in an episode #27 of HBO series Treme. Check out the scene below:

Additionally, new track “New Orleans Is The New Vietnam” recently made its recorded debut in 7” form via A389 Recordings!