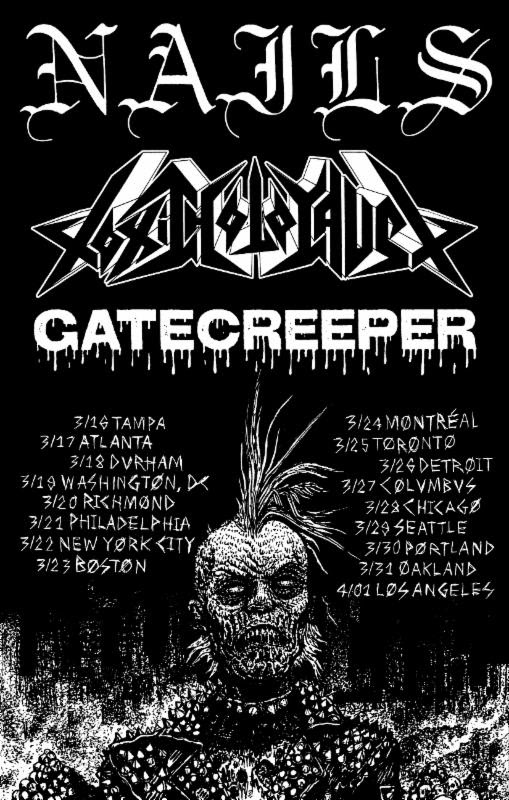 Gatecreeper will be touring in support of their Sonoran Depravation full-length released via Relapse Records last October. Produced by Ryan Bram at Homewrecker Studios and mixed by Kurt Ballou (Converge, Nails, Black Breath) at God City Studios, the record tears and chugs through more than thirty minutes of crusty, doom-soaked death metal at its most infectious and uncompromising with a massive sound that calls to mind the classic Swedish buzz-saw attack of Dismember and Grave mixed with the impeccable groove of Obituary and Bolt Thrower.

Sonoran Depravation is available via Relapse Records on physical and digital formats.

Writes Pitchfork of the offering, “Arizona’s Gatecreeper stand out not by aping one particular style of death metal, but by acting as a polyglot of various classic bands. Sonoran Depravation is their unwavering debut LP.”