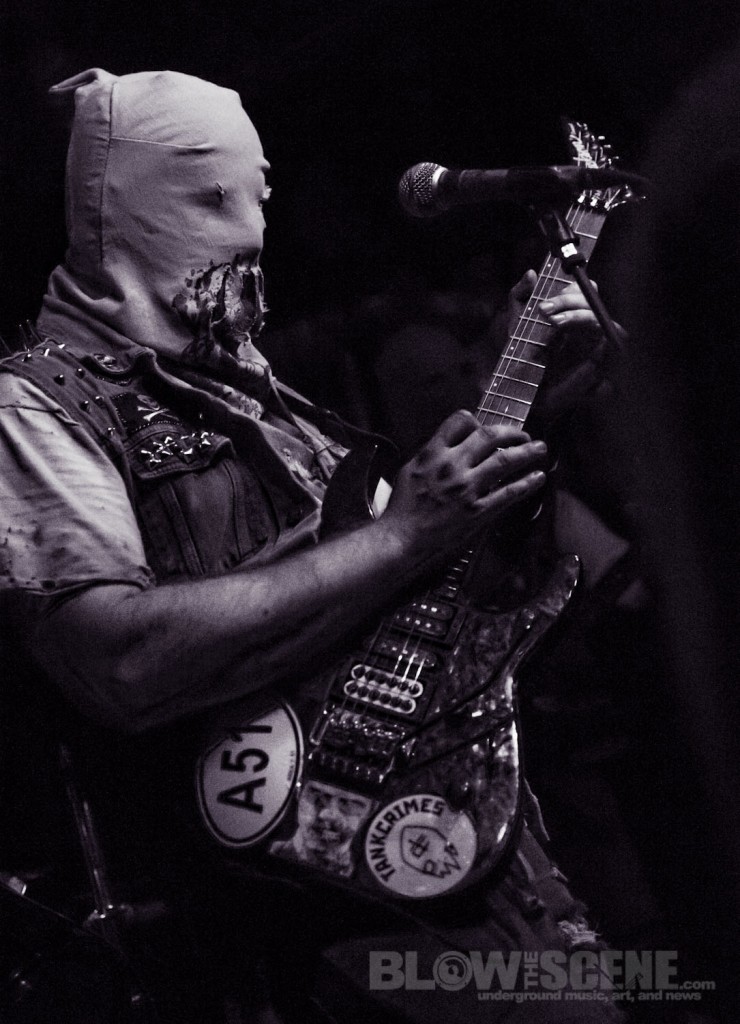 Today, the gatekeepers at the Loudwire lair offer up a new carol from the hooded thrash phantoms in Ghoul. The demandingly titled “Spill Your Guts” comes by way of the band’s forthcoming split with weedian death metal ogres, Cannabis Corpse: Splatterhash. An unrepentant exercise in fast fuckall crushingness, Splatterhash boasts four tracks of audio mayhem. For their portion, Ghoul returned to Earhammer Studios in Oakland, California where they recorded both Transmission Zero and Splatterthrash.

Says vocalist/guitarist Digestor from his Creepsylvanian penthouse, “Numbskulls and future Numbskulls! Once again, Ghoul returns to help you rot your eardrums, soil your pantaloons, and disappoint your parents. This time we brought our pals in Cannabis Corpse, though we regretfully had to murder them after hearing how good their side of the split is. We’d like to take this time to apologize to their fans, friends, and families. Such a waste…”

“Spill Your Guts” is now playing at Loudwire. Get sloppy at THIS LOCATION.

The Splatterhash 12″ split will be made available via Tankcrimes on January 7, 2014 and comes available on wax, CD and digitally. Preorders and more can be obtained HERE.