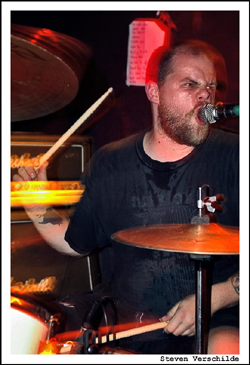 This is our last band spotlight for The Maryland Death Fest 2010! Shed no tears friends as we will be posting an exclusive interview with MDF founder and organizer Ryan Taylor on the 19th!!!

This week our focus is on two of our all-time favorites; IRON LUNG and D.R.I.

If you are not a grind or power-violence buff, Iron Lung may very well have slipped under your radar. Consider this your late pass. Formed in Reno in 1999, Iron Lung have had prolific run in the underground grind and power-violence scene, releasing uncompromisingly brutal splits with Politics Of Science, Pig Hands, Contested, Lost Appeal, Leave As Ashes, Humiliation, He Has Been Shown, to name a few.. 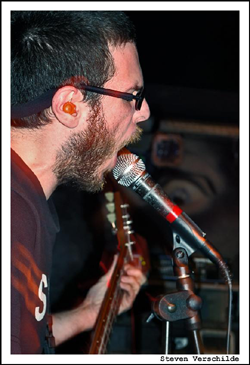 For those of you not familiar; power-violence is a niche sound that stems from ultra-tempo punk punctuated by sludgy metal breakdowns. The songs are incredibly spastic and short (one-minute-or-less is the norm.) The riffs go from 300mph to a crawl in the blink of an eye. This ain’t your pop-pop’s rock n’ roll.

Iron Lung produce nothing short of an all-out sonic assault both live and in the studio. Their recordings are a DIY grind kid’s wet dream – raw and awesomely abrasive.

Looking for comparisons? Iron Lung’s attack is somewhat reminiscent of bands Drop Dead, Look Back and Laugh, and California Love, but as a two-piece with a sound that is just a huge as larger outfits.

Drummer Jensen Ward delivers a crushing lead-vocal attach amidst face-peeling grind beats and blasts that are accompanied by lone guitarist Jon Kortland, who delivers a punishing mix of repetitive punk and grind riffs that are refreshingly complicated in quick spurts.

Although Iron Lung are tour veterans, both US and abroad, their live performances have been limited to select dates for past few years as both Ward and Kortland are active in other projects including their label imprint; Iron Lung Records. 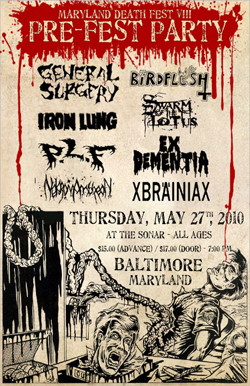 Iron Lung are simply a DO NOT MISS! and with rest of the Marland Death Fest – Pre-Party ft:

Need we say more about the Pre-Fest?

Since you may have a hard time digging up Iron Lung tracks if you’re not an avid vinyl collector, we took the liberty of posting a couple live videos for you courtesy of the Iron Lung.

So you’ve made it through the pre-fest…Another DO NOT MISS on your list should be punk legends D.R.I. who will be performing May 28 at MDF. Let’s face it, these mofos are nothing short of a punk-rock institution. Formed in 1982, D.R.I. are rooted with the most legendary bands in punk rock including former tour mates Dead Kennedys and Black Flag.

D.R.I. have been booking short two to three-day one-off tours on and off since guitarist Spike Cassidy’s fantastic recovery after being diagnosed with colon cancer in 2006 and subsequent surgery which removed over a foot of his large intestine. Two big thumbs up for pulling through Spike!

D.R.I. have set up a mini East Coast run around the Maryland Death Fest Performance. Tour dates can be viewed at the Official D.R.I. Website.

Don’t miss what could be a once in a lifetime chance to see D.R.I. with dozens of the leading bands in extreme music at The Maryland Death Fest VIII that they no-doubt helped inspire.. 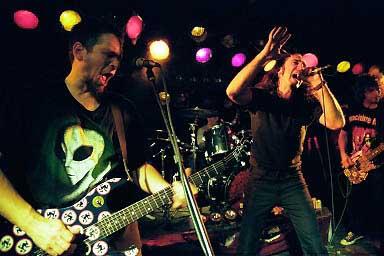