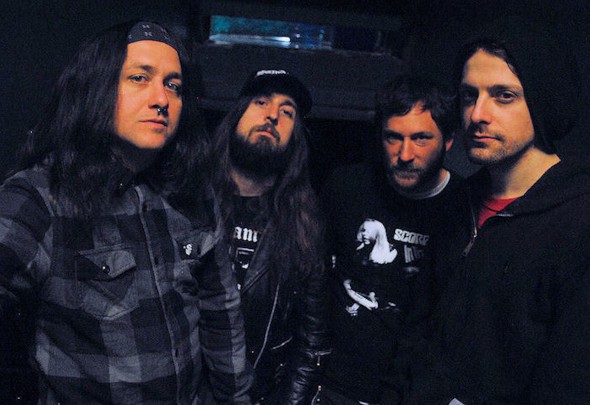 Richmond, Virginia’s Iron Reagan has announced that they will release their debut LP titled Worse Than Dead on March 5, 2013 via A389 Records and Magic Bullet Records. Featuring Tony Foresta (vocals) and Phil “LandPhil” Hall (guitar) of Municipal Waste and Paul Burnette (bass) and Ryan Parish of Supression (drums), both also formerly of Darkest Hour, the 80s hardcore influenced thrash has drawn early comparisons to Leeway, The Cro-Mags and Nuclear Assault. With 19 blistering tracks, Iron Reagan promises to deliver the raging, intense jams you’d expect of such a line-up. Cover art for the record and a full tracklisting can be seen below.

Brooklyn Vegan and Invisible Oranges are currently streaming the track “Cycle of Violence” off the upcoming record, it can be heard here and in the player above. The band, which formed in late 2011, is planning for an upcoming US tour early this Spring. Their 2012 demo was recently released as a limited one-sided 12″ via Clearview Records and can be downloaded for free via the Iron Reagan bandcamp page. Says frontman Foresta on the band, “We formed last winter after talks about doing a band together for a really long time. All four guys had a bunch of down time, so we just wrote a shit load of songs. I enjoy writing with these guys because not only can we write song about some ridiculous topics, but there’s also more room to write about more serious and personal opinions in there as well.” He continues, “This record has a lot of heart. It’s a great release for me mentally.” 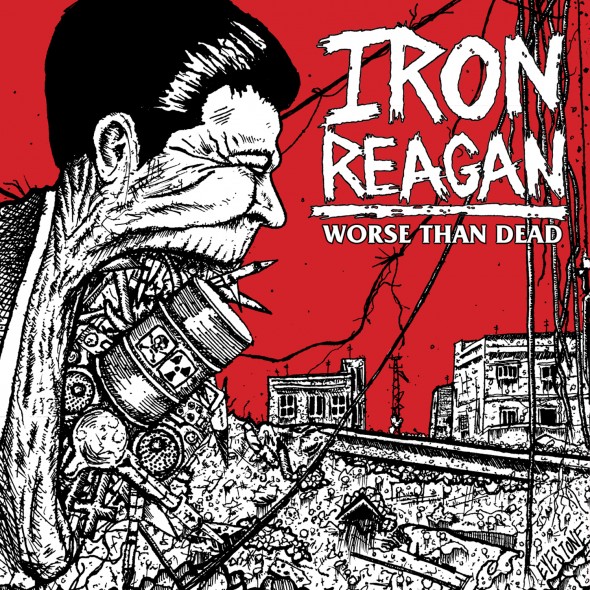