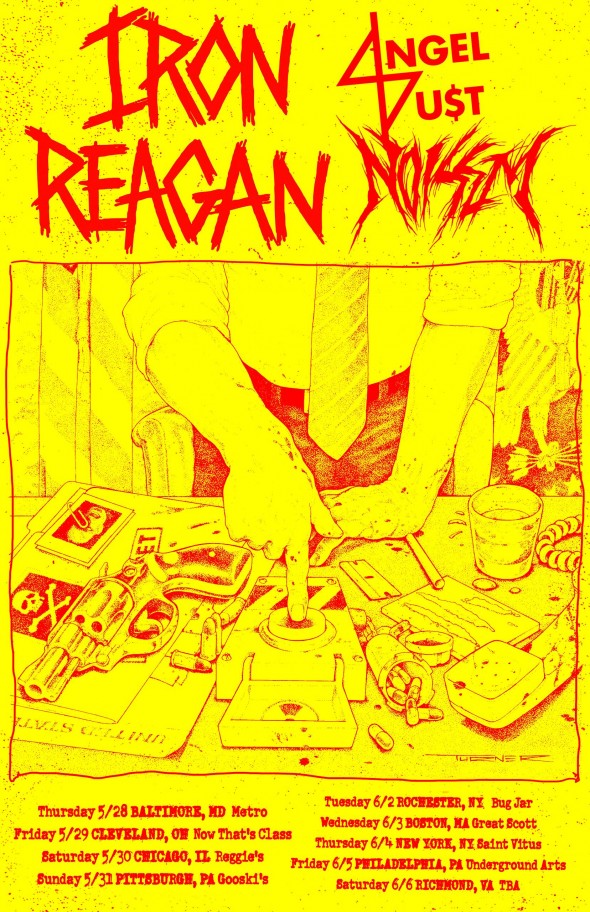 Richmond, Virginia’s Iron Reagan are true road warriors. After just wrapping up an extensive North American run, the band has a quick break before heading over for their first-ever Australian tour. Iron Reagan are set to head down under April 7th in Wollongong, NSW and wraps up April 11th in Melbourne, VIC.

After Australia the band shows no signs of stopping as today they have announced a touring schedule that will keep them on the road through July! The band has announced new United States dates, European dates and a headlining UK Tour. A complete list of dates can be found below. The European dates include numerous festival appearances and the US dates will also feature Noisem and Angel Dust.

“I am very excited to bring Iron Reagan to all you crazy head bangers across the ocean. We have been busy as hell these past two years touring the US and Canada and have yet to get the opportunity to go overseas and play in front of some of the greatest audiences in the world. Prepare for some raging, out of control, cross-over insanity!”

“Iron Reagan‘s first trip to the UK!!!! And to top it off a gig in London at one of my all time favorite venues with legends Terrorizer. I’m greatly looking forward to seeing so many old friends as well as bringing Iron Reagan to a whole new audience. I’m going to fill up on so much food at Cookies and Scream in Camden that I will most likely barf it all up later that night at the Crobar. Can’t wait!”

Iron Reagan released their sophomore full-length The Tyranny of Will via Relapse Records last year along with the viral video directed by Whitey McConnaughy (Red Fang, ZZ Top) for the song “Miserable Failure”.

In other Iron Reagan news lead singer Tony Foresta has released a brand of signature hot sauce called “Liquid Arson”. A collaboration with the renowned Tears of Joy Hot Sauce brand, Tony’s hot sauce is a mosh pit in your mouth with a 9 out of 10 heat rating and is available for purchase HERE. 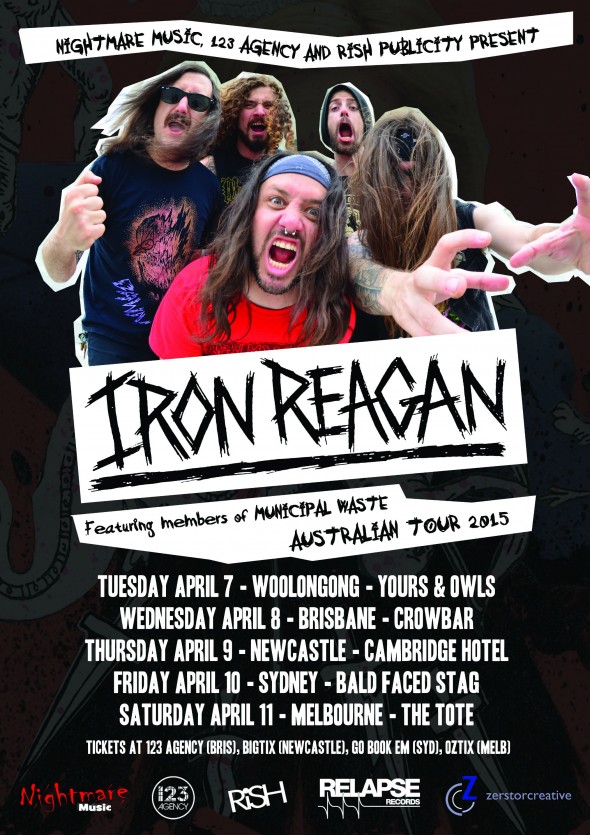