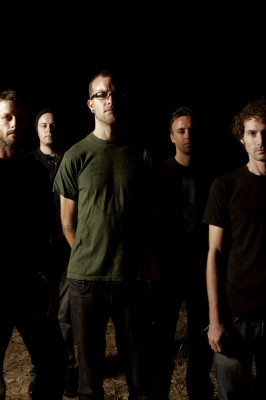 ISIS, who disbanded in May of last year, is set to release a series of five live albums that span the Los Angeles-by-way-of-Boston band’s thirteen year career.

The digital releases begin with ISIS Live I 9.23.03, a four-song, forty-minute recording from a performance at The Fillmore in San Francisco, which will be available on May 31. Each subsequent recording will be released at two week intervals with dates and album specifics listed below.

Pre-order packages bundling downloads of all five releases as well as long-out-of-print merch items including the popular “inaugural” t-shirt and hoodie, as well as the 2006 Clearing The Eye DVD are now available at Isistheband.com. Full package information and prices are listed below.

The former members of ISIS are busy working on new music with Mike Gallagher scoring films (most recently 22nd of May) and creating music under the MGR moniker, Aaron Turner working with Faith Coloccia on Mamiffer and House of Low Culture, Jeff Caxide creating CRONE with a release forthcoming, Clifford Meyer working on two new projects: Windmills By The Ocean and Taiga as well as continuing with Red Sparowes and Aaron Harris continuing his production career as he currently wraps up work on Lesser Key‘s upcoming album.