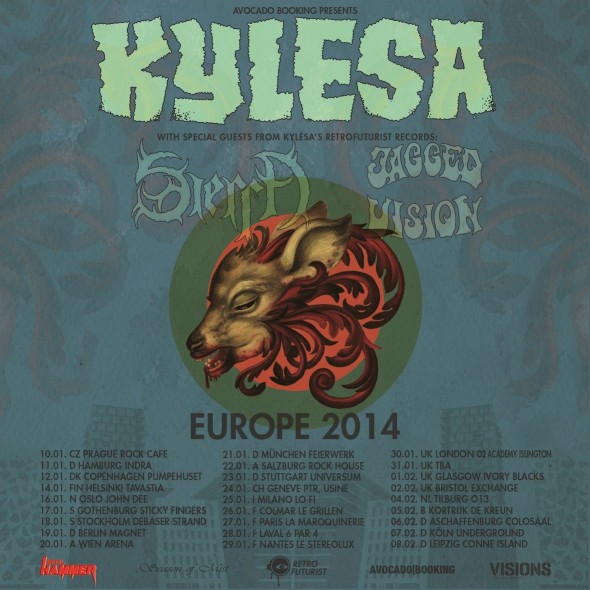 Critically-acclaimed, genre-defying southern quintet Kylesa has announced a winter Australian/European headlining tour. The tour features Kylesa‘s first trek down-under since playing the legendary Soundwaves Festival, which kicks off December 7th in Perth. Support on a special tour date in Brisbane comes from Philm (featuring Dave Lombardo) and Eagle Twin. Following the Australian dates, Kylesa‘s European tour kicks off January 1st in the Czech Republic, and will see the band travel for a month before ending in Germany. Support on this leg of the tour comes from Sierra and Jagged Vision. A full list of confirmed tour dates can be found below.

Kylesa is touring in support of their newest record, Ultraviolet. Ultraviolet is the highest-charting record in the band’s storied career, landing at #4 on Billboard’s “Heat Seekers” chart, and impacting the Billboard top 200. Ultraviolet is streaming below, and a music video for the track “Unspoken” can be found here.