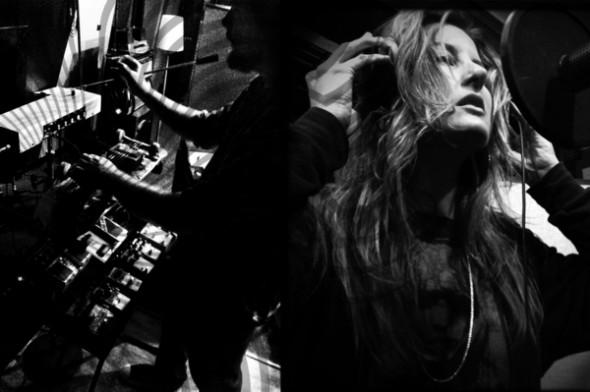 Kylesa is set to release Ultraviolet, one of the most anticipated hard rock releases of the year and the follow-up to their critically-acclaimed album Spiral Shadow, on May 28 via Season of Mist (May 24 in Europe).

“Whereas Spiral Shadow was a warm album suggesting concepts of hope, Ultraviolet is a bit colder and darker,” explains songwriter/guitar player Laura Pleasants. “All of our studio albums have their own unique identity and we’ve always been a band who strives for something different than what current fads suggest. With Ultraviolet, we took a step inward and wrote music that we felt we had to write; this album centers around the multiple themes of loss and you can feel it in the music. Everyone goes through it during their lifetime and this record reflects that experience.”

“Unspoken,” a new song from the eleven-track album is available now for Season of Mist newsletter subscribers.

Kylesa released a rarities collection in November titled From The Vaults, Vol. 1, which featured unreleased, new and alternate versions of songs spanning the band’s catalog as well as one new song titled “End Truth.” Cope and Pleasants spent over a year going through their archives preparing the release.

The band’s most recent studio album, Spiral Shadow, had the highest metal/hard rock entry on the Village Voice’s 2010 Pazz & Jop album poll, led Pitchfork to say “Kylesa would be a household name” following the release and landed the band on the cover of Terrorizer as well as album of the month accolades from Metal Hammer, Rock Sound and Visions Magazines. In 2011, Kylesa became the first metal band to perform on Last Call with Carson Daly.

Kylesa will return to the road in May with more details forthcoming.