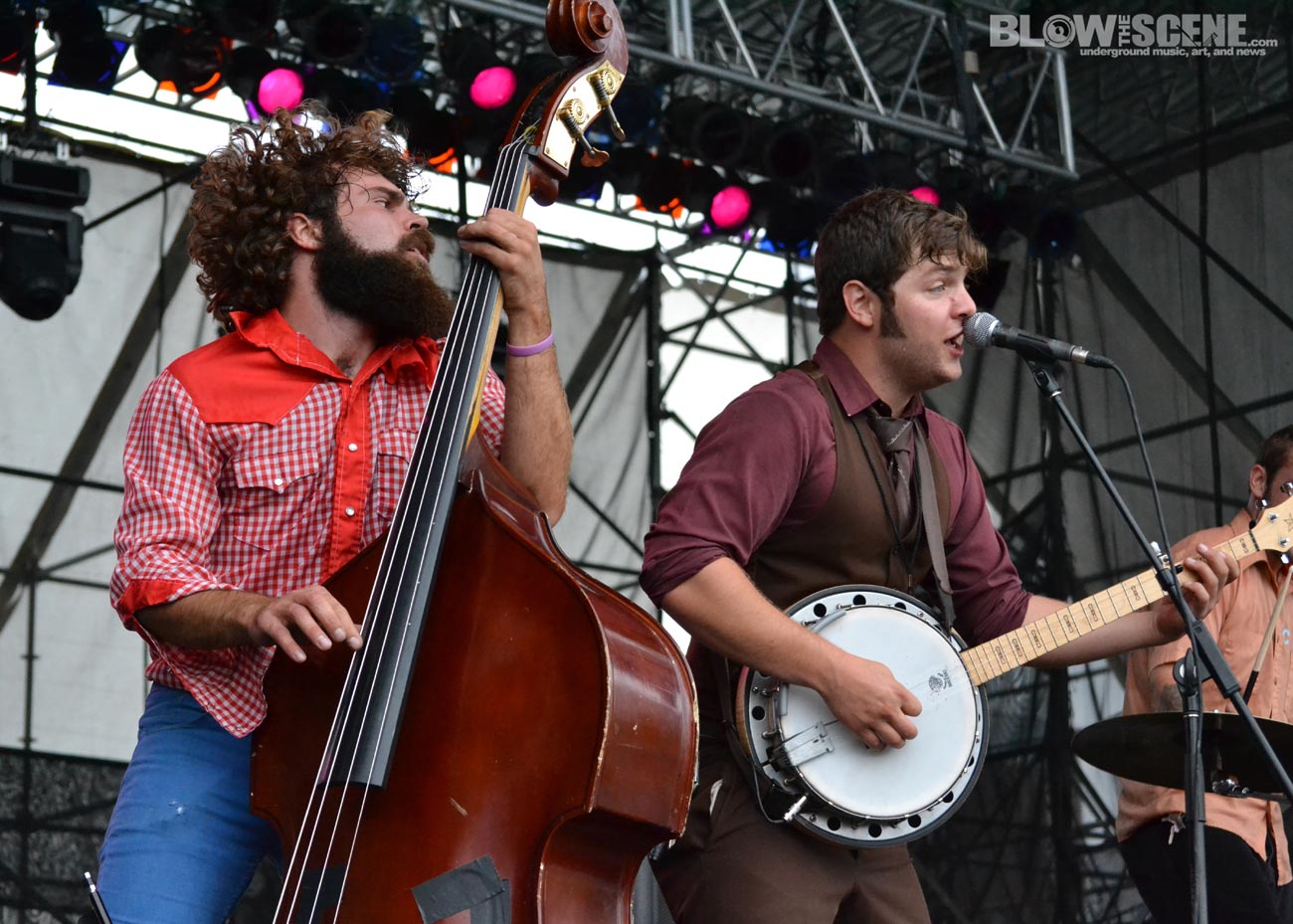 Although the band is currently taking over Europe with their signature brand of no-holds barred, contagiously fun bluegrass-punk, Larry and His Flask have announced a run of North American tour dates – just in case this side of the Atlantic was feeling a little left out. The first round of dates, which kicks off June 3rd in Boston sees the band traversing Canada from coast to coast before heading up to the Yukon Territory and Alaska. After coming back to the US in August for appearances at the final two dates of this summer’s Vans Warped Tour in Seattle and Portland, the guys will get a small break before hitting the road yet again in September – this time for a month-long US tour with Frank Turner and the Sleeping Souls, including a stop along the way for Riot Fest. Finally, Larry and His Flask will also appear at everyone’s favorite yearly lost weekend, Gainesville, Florida’s The Fest 11.

For the unintiated, Larry and His Flask make music that lies somewhere between a barn raising and a mosh pit. The New York Times calls them “uncommonly joyous” and “deviously astute”, while their live show is a “breathless, polymorphous good time.” Time Out Chicago says, “On paper Larry and His Flask are awesome – but the band remains that awesome in person.” Originally conceived as a four piece punk band, the group has swelled into a fully realized sextet with strong Americana influences complete with stand-up bass, mandolin and banjo. Their live act is not to be missed – unlike any other band playing music today, Larry and His Flask truly incorporate their audiences into each show, connecting to create an experience that converts everyone into fans and permeates the border between performer and spectator.

If you missed our recent exclusive interview with Larry and His Flask, be sure to check it out now!