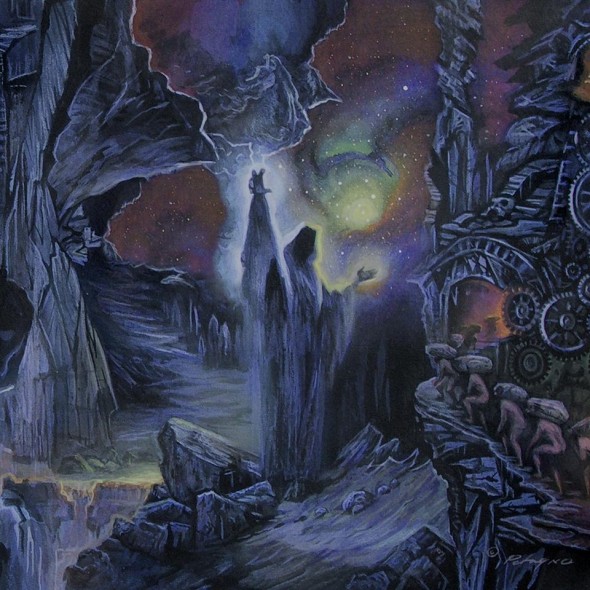 As Texas brutalizers Mammoth Grinder prepare for the release of their third LP, Underworlds, another new track from the pending album blazes the masses below courtesy of Lambgoat.com. The second of the album’s raging ten anthems, the stampede that “Wraparound Eyes” opens with follows the band’s hybridization of d-beat crust and old-school European death metal in an upbeat fashion, with a straight-up mosh-stomp and blazing mini-solo appearing midway through the track.

Underworlds will hit the streets via 20 Buck Spin on July 23rd, the album aggressively ripping through nearly thirty minutes of shredding new Mammoth Grinder material which exposes the band’s most virulent strain of metallic crossover to date. In conjunction with the album’s release the band will take their thunder down under on a run of Australian dates alongside Innumerable Forms. Immediately upon their stateside return they’ll tear a hole in the West Coast US with a four-city run, including shows with Black Breath, Early Graves and a spot on the massive The Power Of The Riff joining The Obsessed, Final Conflict, From Ashes Rise, Hirax, Black Breath, M.D.C., Iceburn, Bastard Noise, Dead In The Dirt and more. View the itinerary below and watch out for stateside tour updates in the coming weeks.