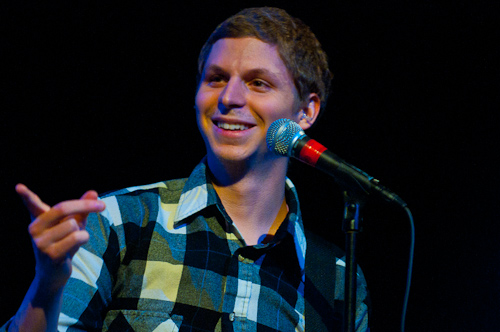 Last night Mister Heavenly played their first show in Seattle at the Moore Theater and fans got more super than expected as the aforementioned all-star line-up was accompanied by Canadian-born movie and television mega-star, Michael Cera on bass guitar. You probably recognize his comedic acting roles in popular television series Arrested Development and movies Juno, Superbad, and Scott Pilgrim vs. the World.

Sub Pop‘s publicity coordinator Bekah Zietz reported to The Stranger, “as of right now he is not an official member, just playing with the guys on this tour.”

Michael Cera is no stranger to the bass guitar as seen in two of his recent films, Scott Pilgrim Vs. the World and Nick & Norah’s Infinite Playlist, where the now 22 year-old actor played bassists with his patented awkward and always timely comedic genius. Cera and Thorburn have also collaborated in prior efforts as seen in Islands‘ video for “No You Don’t.”

Michael Cera will be the featured bassist for all of Mister Heavenly’s current tour run.

images courtesy of The Stranger 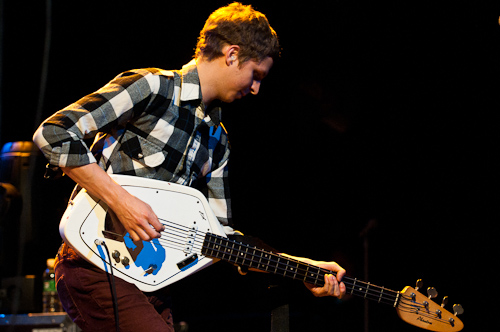 UPDATE! We found some live video from last night’s performance!