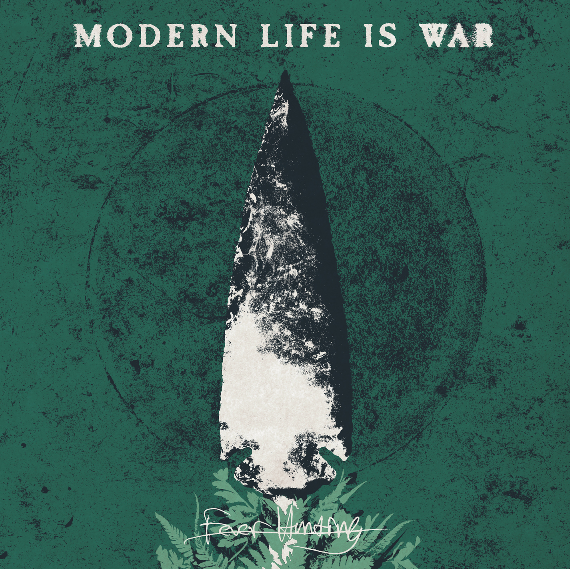 Fever Hunting is Modern Life is War‘s triumphant 2013 return to form with original lineup of Chris Honeck, Matt Hoffman, Jeffrey Eaton, Tyler Oleson and John Eich in place. A true story of their collective coming of age, Fever Hunting plays and reads as an open diary of their last five years, exposing every frayed nerve and internal struggle that it’s creators carried deep within their hearts. Impassioned, embattled, and forever resilient to the world outside. Listen to Fever Hunting now on Pitchfork.

From the first strikes of the anthemic opener “Old Fears, New Frontiers”, it’s apparent that Modern Life Is War have not lost a step in absence, but have quickened pace on their own path. From there, the outpouring is overwhelming as eleven songs unfurl with equal and unmatched emotional weight. All of them bravely moving forward rather than resting on past laurels. Recorded by Kurt Ballou at God City Studios (Converge, etc) and Mastered by Brad Boatwright at Audiosiege Engineering (From Ashes Rise, etc).

Modern Life Is War will be playing six record release shows in October in celebration of the release of their forthcoming album, Fever Hunting. Find the full list of shows below, plus an appearance at the 2013 This Is Hardcore Festival in Philadelphia on Friday August 9th – the first show for Modern Life Is War in almost six years.

Pre-order this anticipated new album now from Deathwish and receive an immediate download of the entire release. Fever Hunting is available on CD, LP, and Digital formats. Both physical formats of the release come packaged with a monstrous 24-page booklet. All pre-orders will also ship with a 22.5″x32.5″ newsprint poster while supplies last. Pre-orders will begin shipping August 16th.

MODERN LIFE IS WAR – ON TOUR