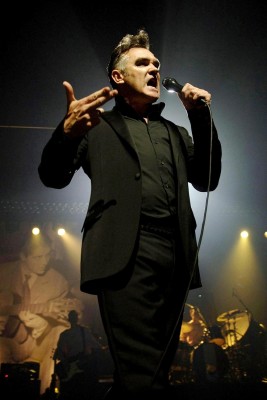 Morrissey will be making two late night TV appearances as part of his highly anticipated North American tour. On Wednesday, November 23 he will stop by ABC’s Jimmy Kimmel Live and he will also appear on TBS’ Conan on Tuesday the 29th. The tour begins November 10 in Chicago and concludes December 13 in Guadalajara, Mexico. He will be performing songs from throughout his unparalleled catalog including new unreleased tracks.

Morrissey is often recognized as the most important British musician of his generation. The New York Times recently stated, “Morrissey isn’t just any singer: he has become one of the defining rock stars of the past few decades by virtue of his grand voice, his grander songs, and his charming habit of playing with melodrama”.His influence is felt worldwide through the countless artists that cite him as their primary inspiration.