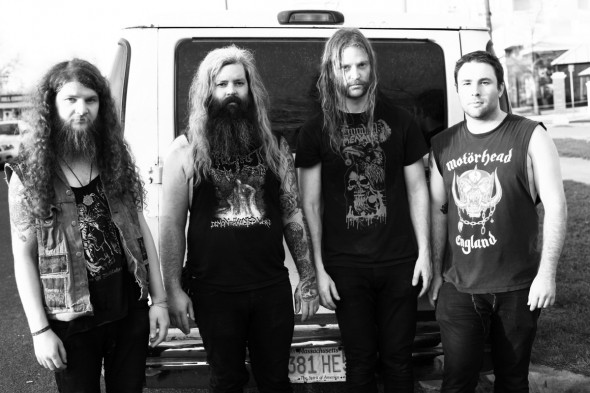 Brooklyn’s self-proclaimed “filthy black metal” group Mutilation Rites– who recently announced dates for a spring tour with recent Relapse signees Inter Arma — have been confirmed to perform at this year’s New England Metal & Hardcore Festival, which takes place at The Palladium in Worcester, Mass. The band is scheduled to perform at the festival on Friday, April 19 alongside labelmates Trap Them and Holy Grail, as well as the likes of Anthrax, Hatebreed and Exodus. They will then play a pair of northeastern U.S. dates alongside Black Breath.

Mutilation Rites continues to support their critically acclaimed Prosthetic 2012 debut “Empyrean,” which was included on year-end/best-of lists by the likes of Decibel, Pitchfork, Stereogum Blow The Scene and Brooklyn Vegan, the latter of which praised its “furious, propulsive riffs.” The album is currently available on sale for $5 on Amazon MP3 or on CD or 180-gram black vinyl through the Prosthetic Webstore.