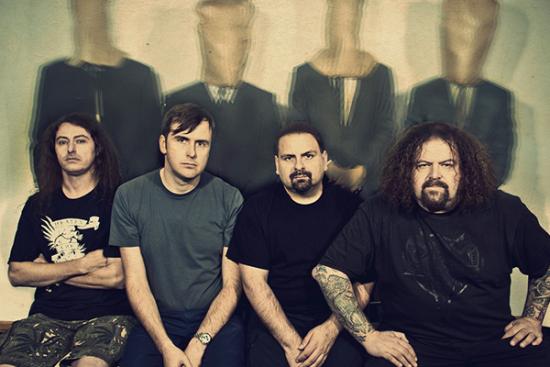 Napalm Death and VOIVOD will join forces at the end of January for a North American Tour aptly titled THROUGH SPACE AND GRIND.

Napalm Death are set to release, Apex Predator – Easy Meat on January 27 right after they return from the 70,000 Tons of Metal cruise and the night THROUGH SPACE AND GRIND starts. They band had this to say:

“As a celebration of both the unconventional and more straight-out methods of musical attack, I think this tour line-up really hits home. To think that 30 years ago I was marveling at the savage eccentricities of ‘War and Pain’ and now I’m sharing stage / living space with Snake, Away and co…surreal, almost. From Napalm’s perspective, we’ll bring the overdrive to the spaciness – it’s all going to rage whichever way you slice it.” -Mark ‘Barney’ Greenway Napalm Death)

Voivod released their latest album, TARGET EARTH in 2013 and took a brief hiatus. They are back with a new bass player and healthy vocal chords! The guys are ready to bring their original style back to the stage. They had this to say:

“I am psyched to tour North America with Napalm Death, for which i always had a huge respect. We crossed path over the years and finally we’ll get to unite Voivod‘s spacy Thrash Metal with Napalm’s Grindcore. A perfect combination!!” Michel ‘Away’ Langevin (Voivod) 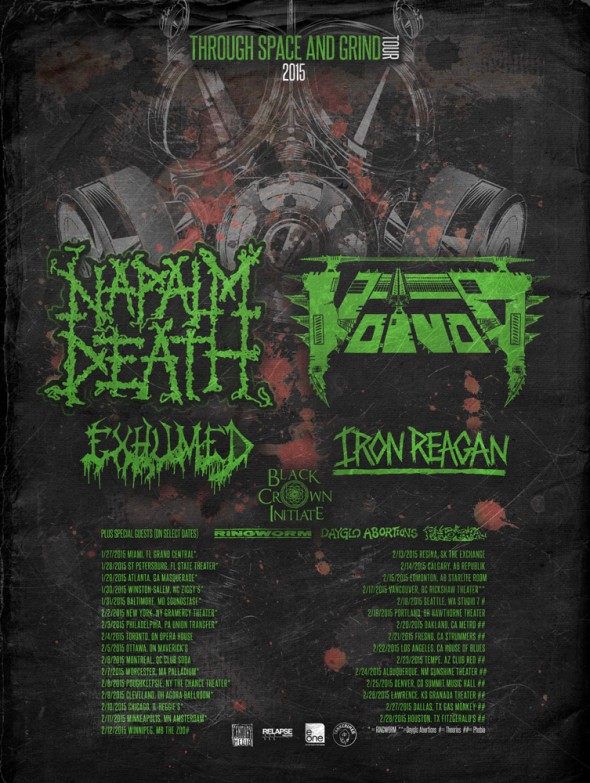