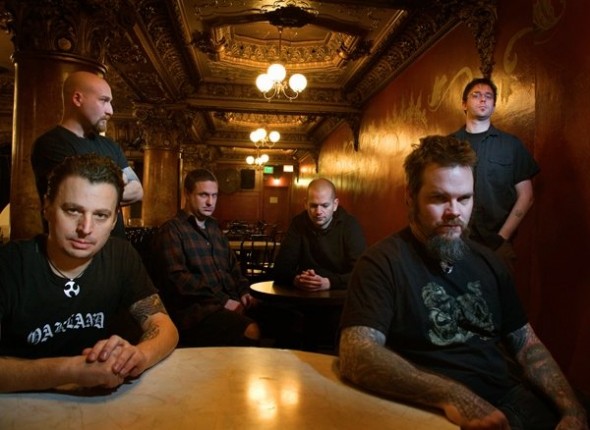 With just two weeks to go before Neurosis release their long-awaited tenth studio album via Neurot Recordings, preorders are now available for the new Honor Found In Decay CD. Both the standard jewel case CD and limited edition Stoughton gatefold sleeve CD versions of the disc are available along with poster and shirt packages, direct from the Neurosis store.

The LP version of Honor Found In Decay is still in production. Neurot and Relapse are anticipating a completion date in late 2012/early 2013, with specific details to be announced as soon as they are available.

Fans can stream the album’s opening track “We All Rage In Gold” here.

A trailer for the album using imagery shot and created by the band’s own visual artist, Josh Graham, and edited together by video architect, Kenneth Thomas, who directed their 2007 Given To The Rising documentary, is also available at Neurot Recordings‘ YouTube page and below. For the first time in the band’s history, intimate details of the handcrafted cover artwork have been made publicly available, allowing the installation to be viewed in motion, not just still photographs, all joined by personal commentary from Scott Kelly and Steve Von Till on the creation of Honor Found In Decay.

Directly following the unveiling of Honor Found In Decay, Neurosis will converge in their point of origin, Oakland, California, for a record release performance with support from Voivod and YOB. Two weeks later they’ll cross the Atlantic for two special UK performances, first at ATP’s Nightmare Before Christmas curated by Steve Albini’s band Shellac, followed by a concert in London with the mighty Godflesh. Additional live performances will continue to be announced in the months ahead.

Honor Found In Decay will reaffirm to the planet why Neurosis remain one of the most important heavy acts in existence.