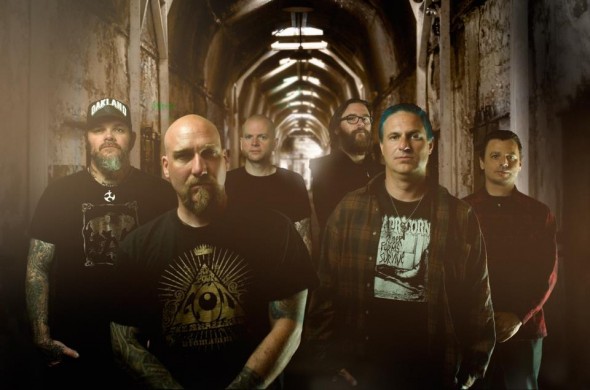 Neurosis anticipated tenth studio album, Honor Found In Decay, is available worldwide this week via their own label, Neurot Recordings. Both the standard jewel case CD and limited edition Stoughton gatefold sleeve CD versions of the disc are available along with poster and shirt packages, direct from the Neurosis store.

The LP version of Honor Found In Decay will be released via Neurot and Relapse Records in the coming weeks with specific details to be announced shortly.

We recently caught up Neurosis’ Steve Von Till for an exclusive interview, so be sure to stop back later in the week as it premieres!

The opening track to Honor Found In Decay, the monolithic “We All Rage In Gold, ” is streaming via VICE Magazine’s music channel, Noisey, and the second track “At The Well,” is playing at National Public Radio.

In just over two weeks, Neurosis will converge in Oakland, California to crush their native Bay Area audiences with a special one-off release show for Honor Found In Decay. This incredible performance will broadcast the material from the new album for the very first time to live audiences, with support from special guest openers Voivod and YOB. Following the release show they’ll perform at two special UK concerts; first at ATP’s Nightmare Before Christmas curated by Steve Albini’s band Shellac, followed by a concert in London with the mighty Godflesh. Additional live performances will continue to be announced in the months ahead.