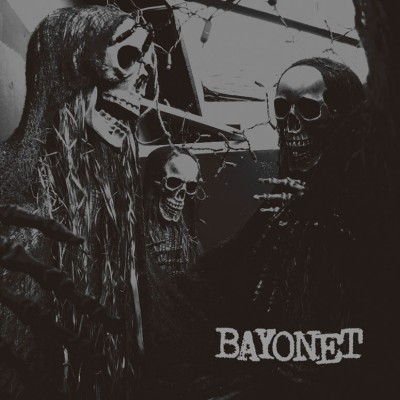 Budding hardcore band Bayonet has announced that they will release their debut self-titled EP on July 26 via Mightier Than Sword Records. The band consists of Buddy Neilsen (Senses Fail) on vocals, Jeremy Comitas (The Banner) on guitar, Paul Klein (Suburban Scum) on drums, and Will Putney (Fit For an Autopsy) on bass. Bayonet recalls the glory days of last decade’s early hardcore scene with a sound that will remind listeners of American Nightmare, Tragedy, Kid Dynamite, and Hope Conspiracy.

The first pressing is limited to 500 one-sided 12″ records. The color breakdown will be 100 on black 180gram vinyl, 200 on clear-yellow-brown swirl, and 200 on clear-grey-black marble swirl.