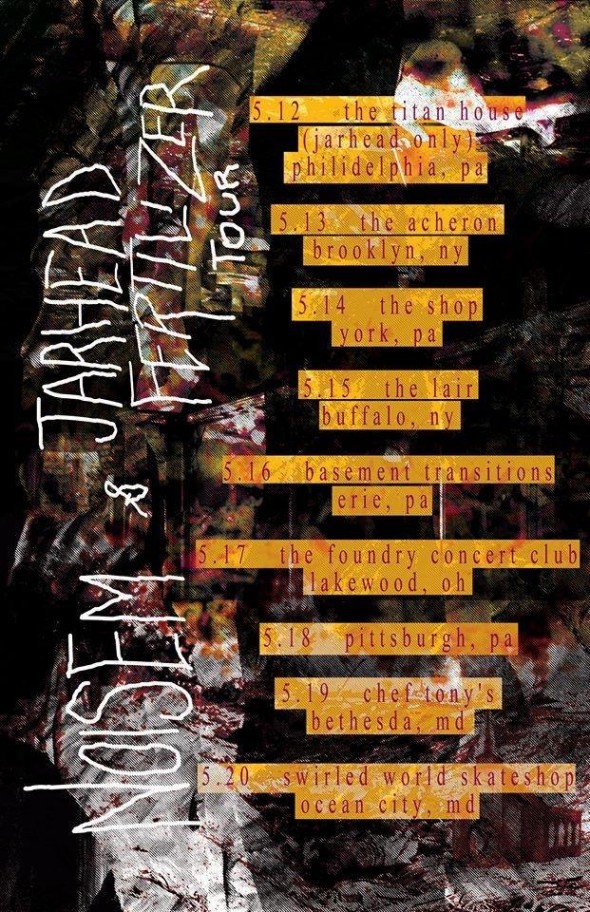 Baltimore death/thrash mosh motivators, Noisem, fresh off of the massive North American Decibel Magazine Tour alongside Carcass, The Black Dahlia Murder and Gorguts, have just confirmed another string of live actions for this month.

From May 13th through the 20th, Noisem will entangle their ultra-rabid whirlwind of divebomb-infused speed metal and mangled death structures on an eight-city run in the Northeast US, including Brooklyn, York, Buffalo, Erie, Cleveland, Pittsburgh, Bethesda and Ocean City. Support for the quick but deadly trek will be provided by Ocean City’s grueling hardcore/powerviolence crew, Jarhead Fertilizer, featuring members of Full Of Hell.

Noisem also just tracked a new single for A389 called “Consumed,” which is being slated for release this Fall. More info will follow in the coming weeks. In the meantime, check out the track, “Defiled,” released as part of Decibel Magazine’s Flexi Series, HERE.