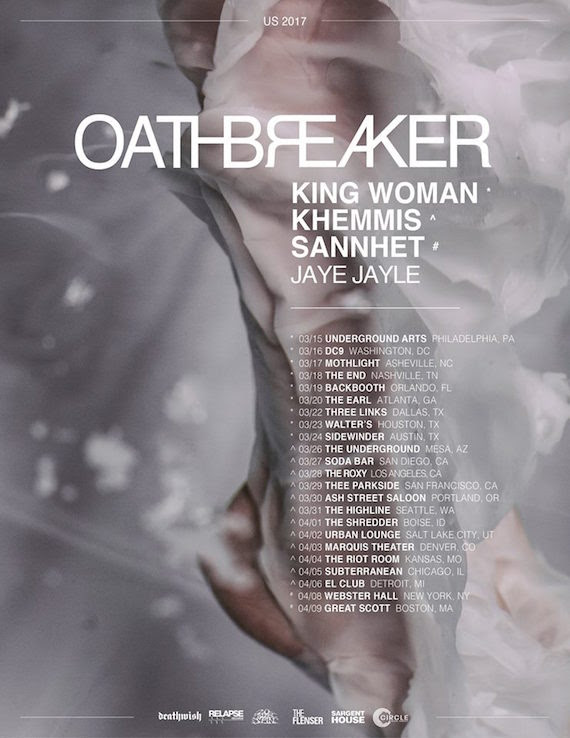 In support of their critically-acclaimed masterpiece Rheia which was released in Fall 2016 on Deathwish, Belgium’s Oathbreaker have announced a spring headline tour in the USA this March and April. Appearing on select dates as support are King Woman (3/15-3/24), Khemmis (3/26-4/6), Sannhet (4/8-4/9) and Jaye Jayle on the entirety of the tour (3/15-4/9). Check out all tour dates listed below and look for tickets at theoathbreakerreigns.com.

Oathbreaker’s Rheia has been praised by countless publications in worldwide and features the most honest, fragile and self-reflective lyrics that the band has written thus far in its 8+ year long career. Engineered, mixed, and mastered by Jack Shirley (Deafheaven, Loma Prieta), Oathbreaker have truly hit their stride and carve a new path for their blackened/post-metal sound. Rheia is a deeply personal album that showcases the artistic strength that vulnerability brings.