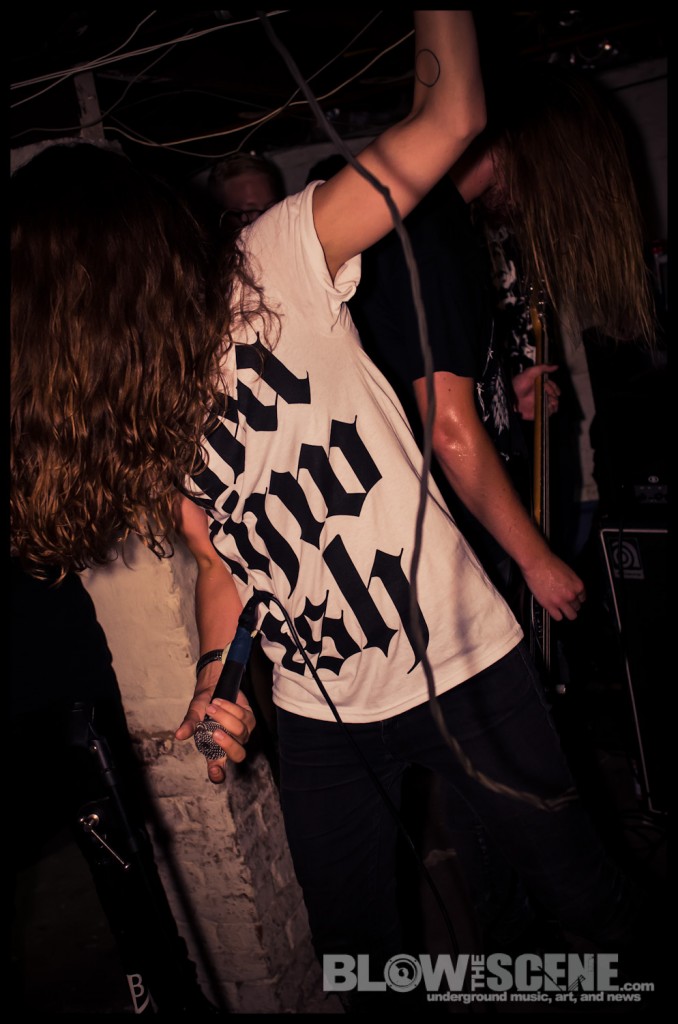 Eros|Anteros is the breathtaking follow up to Oathbreaker‘s critically acclaimed Maelstrom album (Deathwish 2011). Where Maelstrom acted as individual fragments of aural shrapnel, “Eros|Anteros” is a monstrous shockwave of sound. It is Oathbreaker’s story of love and the anti-love (life and death), and the growth they have experienced through these trials.

In opener “Beeltenis” (Dutch for “Portrait”) layers of melodious guitar cry out to one another through the blackness. Acting as a ghostlike warning before Oathbreaker whips calm to chaos. “No Rest for the Weary” then abruptly crashes forward with breakneck speed and from there the floodgates of Eros|Anteros are open. As vocalist Caro Tanghe lets out the hair raising screams of “I’ll never know what it means – this deadly calm inside”, it’s clear that this album is more potent and personal than most heavy music; this is a collective soul searching for the band. This is most apparent in brother and sister songs “As I Look Into the Abyss” and “The Abyss Looks Into Me”. A stunning pairing that shows Oathbreaker racing through razor sharp metallic riffing before erupting into a vicious emotional explosion. This quarrel continues throughout the Eros|Anteros, finally coming to a head in the haunting closer “Clair Obscur”. A brilliant eleven minute epic that carefully balances shoe-gaze leanings with their wounded post-metal heart. 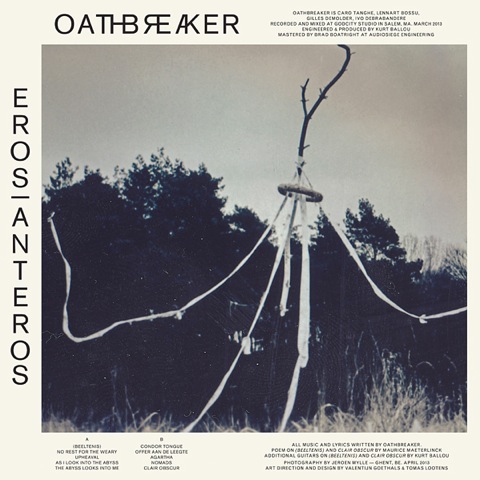 Photo by BTS’s Dante Torrieri from our exclusive Oathbreaker gallery (their first ever house show in US in 2012!)