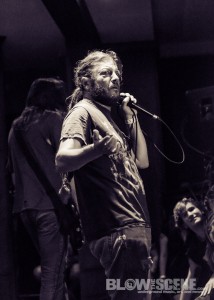 Never content to linger, punk stalwarts OFF! have announced yet another run of tour dates in support of this year’s barn burning (insofar as you can burn a barn in 16 minutes) self-titled full length on Vice Records, which saw the band selling out shows across the country, clocking time on NPR‘s Sound Opinions, and earning the unwavering praise of LA Times, Rolling Stone, Chicago Tribune, and basically every other major publication you can think of.

Top photo from our Exclusive OFF! Philly Photo Review by Dante Torrieri.