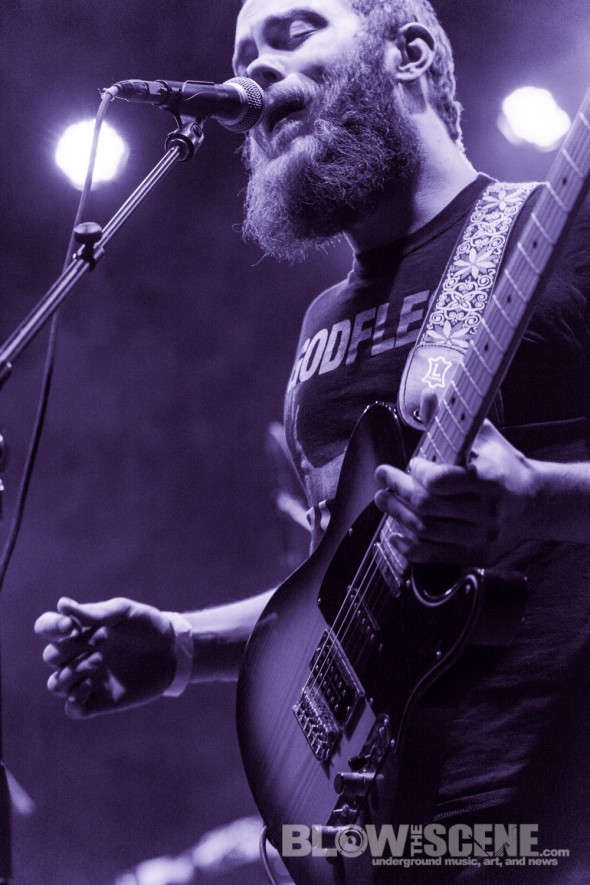 In support of their newly released album Foundations Of Burden, Little Rock AR’s Pallbearer are currently out on the road in North America with Tombs and Vattnet Viskar in tow. Check out the full tour routing below.

Formed in 2008 by Joseph D. Rowland (bass) and Brett Campbell (vocals/guitars), Pallbearer grew from the fertile underground metal scene of Little Rock, AR. A year after their formation, the band released their first three-song demo (with guitarist Devin Holt), which garnered well-deserved attention. Pallbearer went on to release Sorrow & Extinction in early 2012 on well-respected Canadian indie label Profound Lore, and instantly made waves among listeners and critics who found the band’s compositional paradox of vulnerability and might unparalleled in the metal world. Sorrow & Extinction proved to be an unequivocal masterpiece in any genre of music and compelled Pallbearer to reach even further creatively for what would come next.

In February of 2014, Pallbearer headed to Portland, OR (with drummer Mark Lierly) to Type Foundry Studio with legendary producer/engineer Billy Anderson (Neurosis, Melvins, Sleep, Swans) to lay down six tracks that would become Foundations Of Burden. This new album delves even deeper into Pallbearer’s melodic contexts, which adds a new and compelling dimension to music which has long since proven itself to be inexorably captivating; if Sorrow and Extinction created massive waves in the metal scene, Foundations Of Burden will create the stuff of legends.

Foundations Of Burden was released in late August via Profound Lore and debuted at #85 on the Billboard Top 200 Chart its first week. Since, it’s been hailed as “a watermark for the genre” by Pitchfork, “an amazing achievement… timeless and immediate, and maybe even essential” by Pop Matters, and the band was featured on the cover of Decibel Magazine. See Pallbearer on the road now in support of Foundations Of Burden.