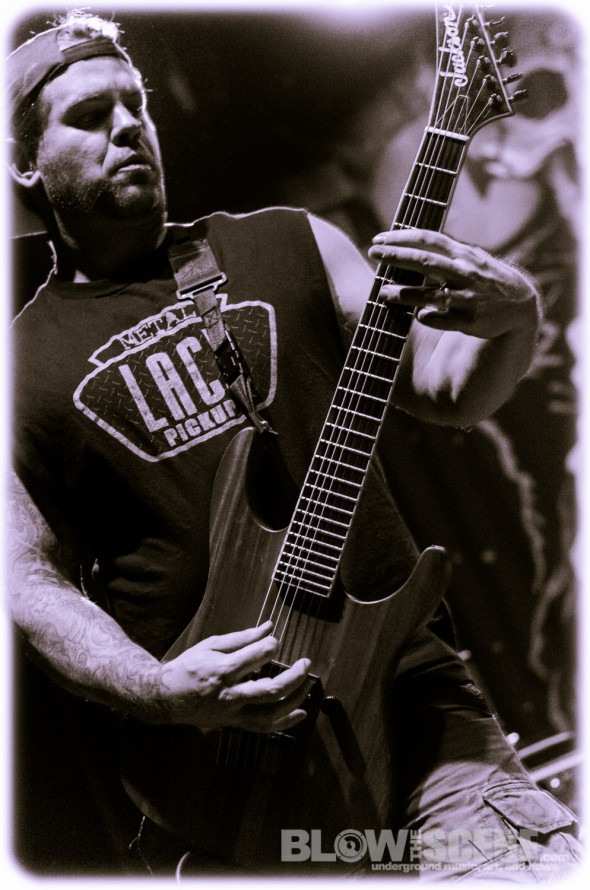 Grindcore champs Pig Destroyer will be hitting the road this summer for a handful of festivals this including GWAR-B-Q, Hopscotch Fest (with label-mates Inter Arma and ASG), Basillica Soundscape in Hudson, NY and the Housecore Horror Film Fest in Austin, TX. A complete list of dates can be viewed below.

“It’s cool ’cause our next few shows should be very unusual and I’m really excited to see what happens. First up there’s the GWAR-B-Q, where we’ll be laying down some grind in a water park! Alongside my VA brothers GWAR and the Waste. Things can get rowdy down there in Richmond so it should be a lot of fun.

Then, in September, we’ll be at the Hopscotch Fest where I’m pretty sure we’ll be making our NC debut. Only took us 16 years. Oh yeah, and Gorguts will be there to tech-metal your face off. The following Friday we’ll be in Hudson NY in an old glue factory for a show/art exhibit masterminded by legendary cult director Matthew Barney. All bets are off for that one. Anything could happen.

We’ll be capping things off in late October with a performance at the Housecore Horror festival in Austin TX alongside a list of awesome bands as long as your arm and Goblin doing a live soundtrack to Suspiria. Should be an amazing show.”

Pig Destroyer recently released a never before heard EP entitled Mass & Volume. This EP is dedicated to the memory of Pat Egan a former Relapse employee and to the loving family he left behind. The EP is a Doom EP and the artwork was created by Arik Roper. The EP is available for purchase at http://patlapse.bandcamp.com/album/mass-volume. This is the only format that this EP is available in and all proceeds of this recording will be donated to the college fund of Pat Egan’s daughter Katie.