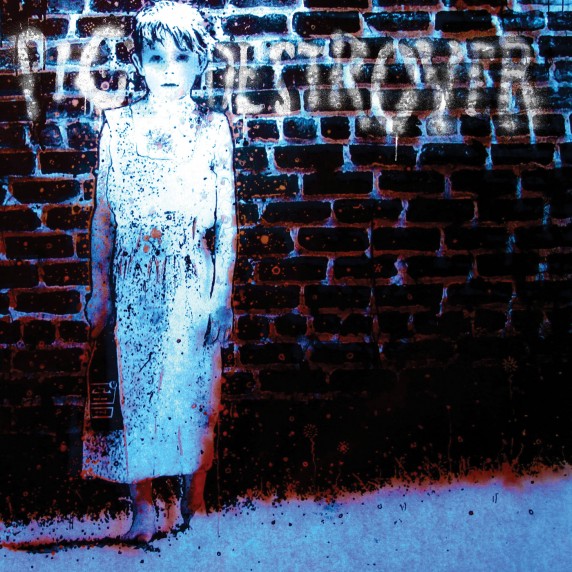 Reigning grindcore champions Pig Destroyer have revealed the full details of their highly anticipated new album Book Burner. The band self-recorded their razor-sharp fifth-full length and first album in over five years at guitarist Scott Hull’s Visceral Sound Studios. Book Burner will see a October 22nd release via Relapse Records and features 19 tracks with a return to the band’s raw, misanthropic sound. A complete tracklisting is included below with the first audio samples available in this teaser here.

Book Burner will be available on multiple formats including CD, Deluxe 2xCD, LP, Deluxe 2xLP, Cassette, Digital and an extremely limited ultimate edition dubbed “The Order Of The Godless Swine”. Pre-Orders for all of the editions are available via Relapse Records here and iTunes here.

The ultimate edition, limited to 100 copies, includes an exclusive T-Shirt, autographed deluxe 2xLP on exclusive blood red color vinyl, a Pig Destroyer flip-top wick style lighter, and a Order Of The Godless Swine membership card which includes a digital download of the whole collection plus an alternate ‘dynamic’ mastering job of both records done by Scott Hull intended to be played at maximum volume. The membership card will also entitle each card carrying member to a free T-Shirt directly from the band at any Pig Destroyer show.

Pig Destroyer will be making select special appearances at various festivals and shows throughout the year, including Calgary’s Noctis Fest, the UK’s Damnation Festival and Maryland Deathfest 2013. A full list of dates is included below with more to be announced shortly.