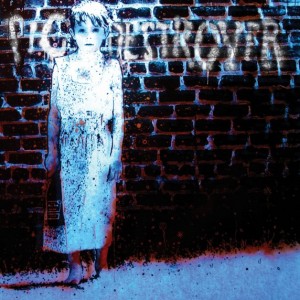 Reigning grindcore champions Pig Destroyer have revealed the full details of their highly anticipated new album Book Burner. The band self-recorded their razor-sharp fifth-full length and first album in over five years at guitarist Scott Hull‘s Visceral Sound Studios. Book Burner will see an October 22nd release via Relapse Records and features 19 tracks with a return to the band’s raw, misanthropic sound. A complete tracklisting is included below with the first audio samples available in this teaser here.

The band has posted the second in a series of in-studio videos. This video focuses on the all of the guest vocalists that contributed to Book Burner. Guest vocalists on the album include Jason Netherton (Misery Index), Richard Johnson (Drugs of Faith/Agoraphobic Noisebleed) and Kat Katz (Agoraphobic Nosebleed, ex-Salome). The video is available for viewing below.

Book Burner will be available on multiple formats including CD, Deluxe 2xCD, LP, Deluxe 2xLP, Cassette and Digital. Pre-Orders for all of the editions are available via Relapse Records.

In addition to their already announced tour dates Pig Destroyer have confirmed two more shows in support of Book Burner. The first is scheduled for October 18th in Brooklyn, NY at Public Assembly where they will be headlining the Metal Sucks/Metal Injection CMJ Showcase. The second special gig is for Decibel Magazine‘s 100th Issue Celebration taking place January 19th in Philadelphia, PA at Union Transfer. The show will also feature Municipal Waste, Repulsion and label mates Tombs.

Pig Destroyer will be making special appearances at various festivals and shows throughout the year, including Calgary’s Noctis Fest, the UK’s Damnation Festival and Maryland Deathfest 2013. A full list of dates is included below with more to be announced shortly.