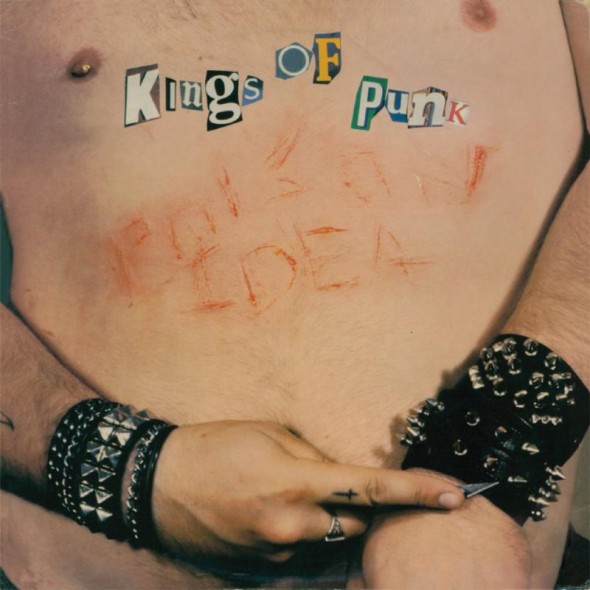 Following last year’s resurrection of Darby Crash Rides Again and The Fatal Erection Years, Southern Lord is preparing to deliver the latest release in a series of reissues from Poison Idea‘s potent catalog, with an expanded edition of the band’s 1986 LP, Kings of Punk.

An unmistakable rager of an album by the Portland hardcore berzerkers, on their second full-length Poison Idea had begun tightening their blazing nailbomb eruptions of noise of their earliest material reflected, and where they really began developing what would become their signature sound. Kicking off with the riff Discharge wish they had written, Kings of Punk is a big, bold slab of premium American hardcore, with undertones of the hard rockin’ bombast which would define their later works. From the crazed splutter of “God Not God,” tripping over itself in a wonderful mess of distress, to the sneering blast of “Made To Be Broken,” this is Poison Idea at their unparalleled, grittiest, snottiest best.

Kings of Punk perfectly encapsulates one of the most important bands of the era who took the template of the early ’80s and perverted it to fit their own twisted desires. The three live sets, taken from the years ’84-’86, offer an even more revealing snapshot of Poison Idea in their destructive prime, drawling insults at the audience, the world and themselves and filling two full CDs, brought kicking and thrashing back to life by Jack Control (World Burns to Death). As well as the unhinged audio content, this re-issues packed with liner notes, archive flyers and photos of the band from the era.

Fans of hardcore punk – this is a must. Southern Lord will re-unleash the 2xCD “Bloated Edition” of this beast in North America on November 26th.