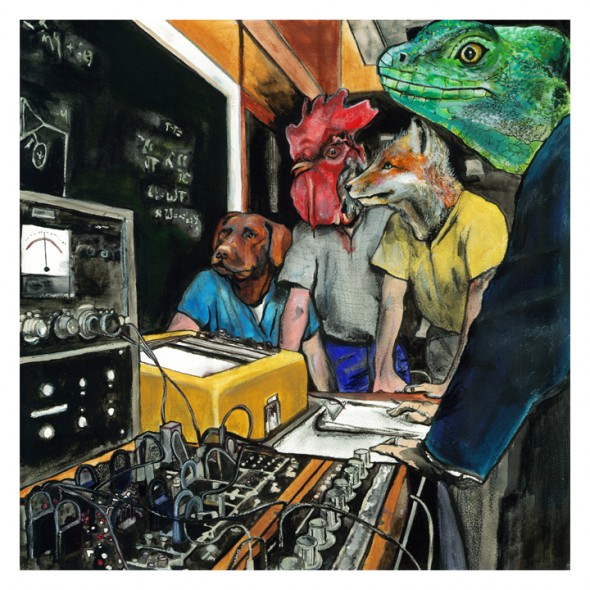 Multi-genre producer and engineer Will Yip will be releasing Off The Board: A Studio 4 Family Compilation featuring un-released songs from a slew of bands including Title Fight, Circa Survive, and Man Overboard on October 8, 2013. “This comp represents everything that I’ve done in the past ten years of my life,” explains Yip. Proceeds are being used for a down payment toward his partnership in the legendary Studio 4 located in Conshohocken, PA. “I want to give the punk, hardcore, and alternative community of awesome bands a home,” he adds.

By entering into a partnership with studio owner and Grammy Award-winning producer Phil Nicolo (Bob Dylan, Bon Jovi, The Fugees, Sting) it enables Yip to work with the bands that he loves, no matter the budget. “The only thing that ever mattered was how much I love the music,” describes Yip. “I always want to produce bands that I like, but most of the time those budgets aren’t close to prior Studio 4 budgets. This studio always produced big records in a big studio environment, an experience that most bands in our indie scene historically never had. By owning the studio, I’ll be able to accept nearly any budget instead of worrying about having to pay a large rental overhead. I have the once in a lifetime opportunity to not only continue the Studio 4 legacy, but to also make this classic studio a home to our community of the best bands in the world.”

Unlike any other compilation, Off The Board: A Studio 4 Family Compilation was recorded, mixed, and mastered at the same studio by one person – Will Yip which gives it the feel of an album due to the consistency of the mixing, mastering, and studio gear. Also, most of the songs were specifically written for this project. It includes un-released songs and B-sides by Title Fight, Circa Survive, Polar Bear Club, None More Black, Balance And Composure, Man Overboard, Tigers Jaw, Daylight, Pity Sex, Anthony Green, Citizen, Dead End Path, Sainthood Reps, Turnover, Lightyears, Mongoloids, and Koji. 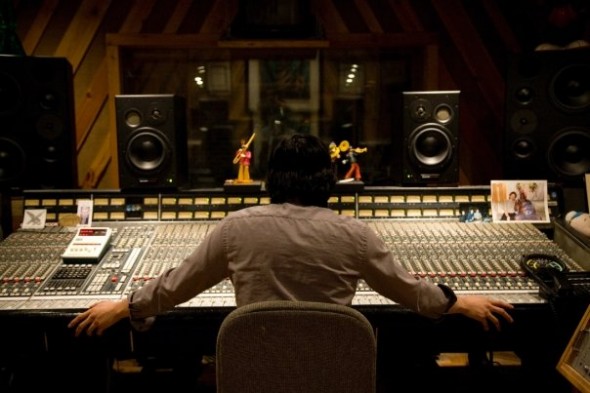 The album is being released on limited edition colored vinyl (500 red / 500 green), black vinyl (2,000), and CD. In addition, it’ll be available worldwide digitally. Additional pre-order items include vinyl test presses, exclusive t-shirts, signed and numbered prints of the album art by Circa Survive guitarist Colin Frangicetto, autographed drum sticks/heads that were used in sessions, and one of a kind interactive experiences such as bowling with Will Yip and Circa Survive, group studio tour, be a fly on the wall during a session, and an all-day recording clinic. In addition, fans will be able to purchase tickets for the inaugural Studio 4 Sessions featuring Anthony Green with special guests Tigers Jaw on September 20 and 21. Different from other intimate stripped-down sessions, it will be fully interactive with Q&A throughout the entire show. Most of all, everyone in attendance will receive a copy of the session on CD . Pre-order the album in all formats here:

At the mere age of 14, Will Yip started off his recording career working with local bands as an apprentice under Chris Grillo at Ground Control Recording in Northeast Philadelphia. After he learned the basics, he bought some of Chris’ old gear and began recording in his parent’s basement. Fortunately, he was able to fine-tune his skills and land a job at Studio 4, which is one of the last of its kind with Neve and SSL consoles. Over the past 30 years Studio 4 has produced countless platinum, gold, and Grammy-winning records and even housed the most successful indie record label of all-time – Ruffhouse Records. Today, he’s one of the most sought after producers in both the local and indie music scenes. His project Off The Board: A Studio 4 Family Compilation is being released on October 8, 2013.