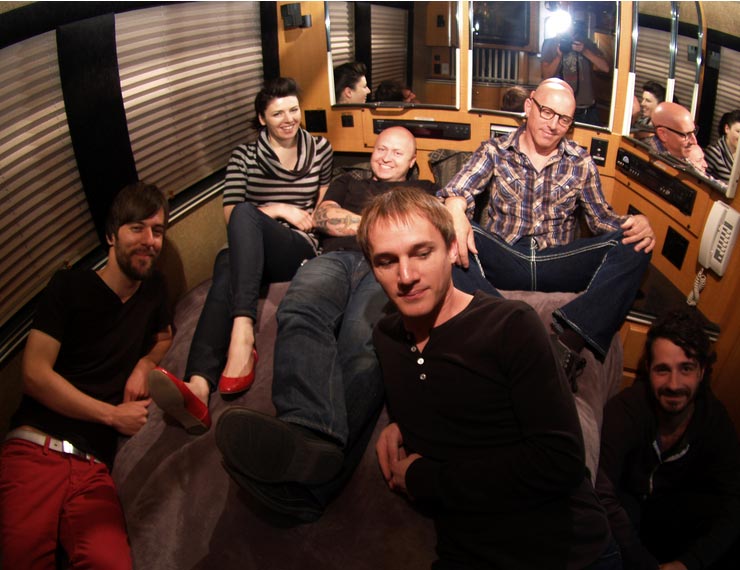 Puscifer, the project ringleader Maynard James Keenan describes as “Twin Peaks in the desert,” will release Conditions of My Parole on Oct. 18 via Puscifer Entertainment.

“Man Overboard,” the first single from the album, will be available via iTunes and other digital service providers on July 19.

“The Verde Valley is an intrinsic part of what Puscifer is,” explains Keenan. “It’s equal parts Twilight Zone, Mayberry and Road Warrior. The ghosts and aliens, Republicans and Democrats, cowboys and artists living side by side with hostile creatures such as scorpions, spiders, rattlesnakes, javelina and hippies are just a few of the spicy ingredients that give Conditions of My Parole its unique flavor.”

Conditions of My Parole was recorded in Jerome, Ariz. this spring with tracking done amidst the wine barrels from Keenan’s Caduceus Cellars. The album was produced by Keenan, Mat Mitchell, and Josh Eustis. Contributing musicians for the new album include the aforementioned Keenan, Mitchell, and Eustis as well as Carina Round, Juliette Commagere, Matt McJunkins, Jeff Freidl, Gil and Rani Sharone, Jonny Polonsky, Tim Alexander, Devo Keenan, Alessandro Cortini, Sarah Jones, and Jon Theodore.

A North American tour kicks off in early November with more information to come.