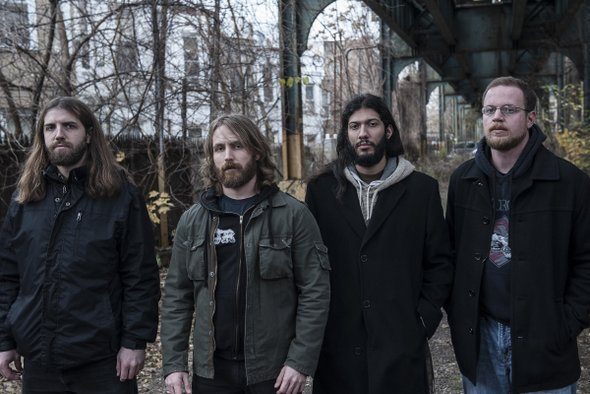 “We’re absolutely thrilled to be working with these two fantastic labels, as clichéd as that might be. Willowtip has been the foremost name in weirdo death metal mutations since we were all in middle school, and Throatruiner has become one of the world’s best purveyors of unclassifiable heaviness in recent years. Both have released work by many past and current band favorites, and we look forward to delivering our strongest work yet (another cliché, but true!) amid such excellent company”, comments vocalist Doug Moore.

The band is set to enter Thousand Caves studio in Queens, NY with engineer Colin Marston (Gorguts, Krallice, Dysrhythmia) to begin tracking their 3rd full length album which is slated for a late 2017 release.

Pyrrhon‘s music fuses the technical intensity of contemporary death metal and grindcore with unsettling ideas from noise rock and free improvisation. They have five official releases to their name so far: 2009’s Fever Kingdoms EP, 2011’s An Excellent Servant But A Terrible Master, 2014’s The Mother Of Virtues, 2015’s Growth Without End EP, and 2016’s Running Out Of Skin EP. They have toured extensively in North America and Europe, and worked with a variety of labels that includes Relapse Records and Selfmadegod Records.