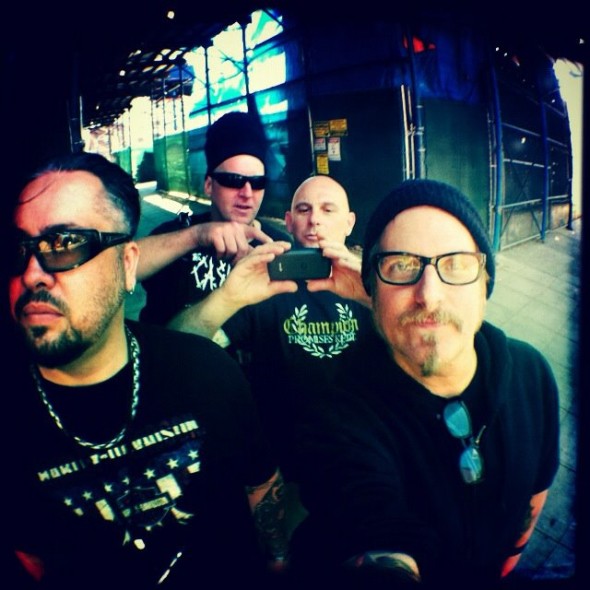 Here is the official statement from Rise Records:

Rise Records is proud to announce the signing of legendary hardcore band 7 Seconds to its family of artists. Forming in Reno, NV in January 1980, 7 Seconds was the originator of the West Coast Hardcore sound that influenced just about every hardcore band including; Youth of Today, Gorilla Biscuits and modern day bands like Title Fight and American Nightmare. It is safe to say the band helped start the “Youth Crew” sound. Releasing an EP called Walk Together, Rock Together in 1985 officially put them on the map. Their positive lyrical content influenced so many youths over the years and they weren’t afraid to push the envelope.

Staying tried and true to their sound, 7 Seconds is back in full effect with a ton of new songs for a 7” and shortly after that, a new full length album. The guys will be heading into the studio this summer in Sacramento to begin the recording process. Amazingly enough, the band still has its original 3 members from 1982: Kevin Seconds, Steve Youth and Troy Mowat, plus Bobby Adams, who has been with the band since 1986. Kevin Seconds, the singer and songwriter, had this to say about the new 7” and forthcoming album, “we have about 20 new songs that we’ll record the best 13 songs from. This new record will be all about the energy and drive we still very much possess as a hardcore band. It’s been 9 long years since we’ve recorded a new album so there’s a great deal of urgency in them, with just the right mixture of both fast and mid-tempo tunes for people to sink their teeth into.“

The next few years will be exciting times for 7 Seconds and Rise Records; lots of new music, tours and talks of re-releasing back catalog for a special edition vinyl box-set. More rumors include the possible recording of their first 20 songs written in 1979 in which only 3 were recorded using a hand held tape recorder. In the meantime, get ready for some 7 Seconds, 1..2..3…Go!