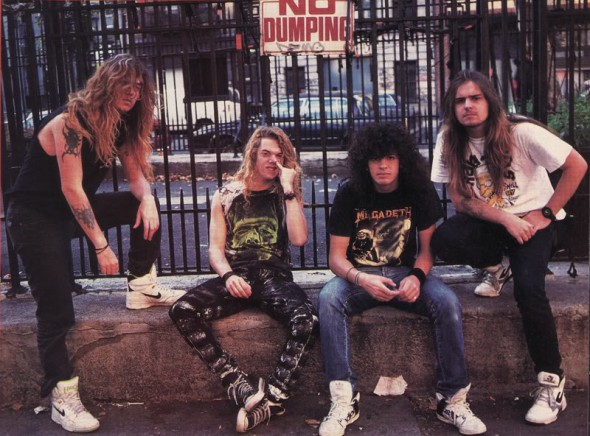 Legendary Brazilian/American thrashers, Sepultura, are the first band in Decibel Magazine’s history to be inducted twice into their illustrious Hall of Fame! Check out a very special 100th issue of Decibel, which features the making of Sepultura classic album Beneath the Remains. An excerpt from the comprehensive piece is as follows:

“Before there was death-thrash or thrashy death, there was Sepultura, lovingly pronounced either Seh-poll-tour-a or Sep-ull-trah by many a hesher. Contrary to popular opinion at the time, Sepultura were not from the deepest parts of the Amazon or Brazil’s most violent of favelas. Actually, they were from somewhere in between—a densely populated concrete jungle not unlike any other from the first or the third world. There was strife, hardship, ugliness and, surprisingly, good times. Brazil and its hardscrabble cities defined Sepultura. Sepultura would, in turn, reflect back. Not with early (and crucial) efforts in Bestial Devastation and Morbid Visions, though. They were too busy emulating idols to realize their place in Brazil, let alone the rest of the world. Slowly but surely, they grew up. From forming in the fog of 1984 to 1987—when then-label Cogumelo released sophomore LP Schizophrenia— Sepultura spikes-to-raised fists transformation was nearly complete. For it was the promise of Schizophrenia that would land them not just in the offices of Roadrunner Records in New York City, but on stages afar.

Inked by death metal A&R godfather Monte Conner to seven albums in the spring of 1988, Sepultura had found a willing and risk-averse partner in Roadrunner. Driven by a new label deal and progressing musically at a frightening pace, the quartet hammered out their third album in a cramped room at bassist Paulo Jr.’s parents’ house. “Stronger Than Hate,” “Lobotomy,” “Mass Hypnosis,” “Beneath the Remains” and career-defining cut “Inner Self” were the product of the desire to extend Sepultura‘s savage thrash-death hybrid beyond the borders of the city and country they called home.

Recorded over Christmas 1988 in Rio De Janeiro at Nas Nuvens Studio, Beneath the Remains wasn’t just the beginning for Sepultura, but for then-embryonic Scott Burns as well. Burns, who had started to earn a reputation as an engineer at Morrisound Studios, was tapped to fly to Brazil to capture Sepultura in their native environment. In Burns, Sepultura had a producer who may not have been their first choice, but spoke the same language: not Portuguese, but extreme metal. To say the record catapulted the Brazilians onto the world stage is an understatement. Because Beneath the Remains cleaned our collective late-’80s clocks, we induct it into the Hall of Fame. No stranger to firsts, we welcome Sepultura, as the first two-time HOF entry.” 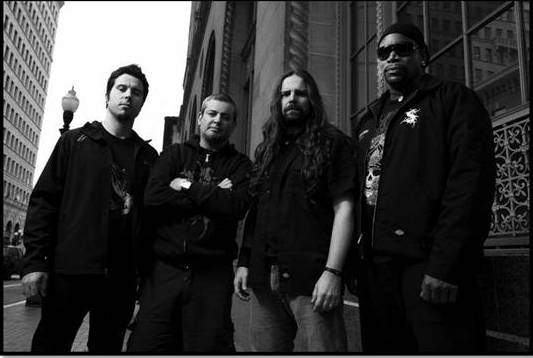 Sepultura – Beneath The Remains – “Inner Self”