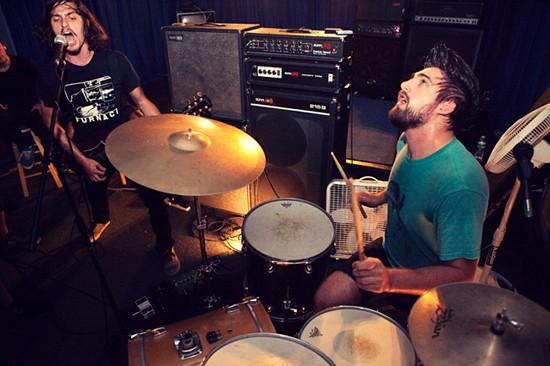 Blow The Scene’s Spotlight Q & A keeps it close to home this month with a focus on Philly’s own two-piece sludgy punk practitioners, Bubonic Bear, as the duo prepares to launch a mini-tour of the Northeast US in September. Bubonic Bear drummer Dustin gives BTS readers an inside look into the band’s latest split with Hulk Smash, pros and cons of being a 2-piece band, favorite Philly venues, local band picks, and more. Be sure to check out a free stream of Bubonic Bear‘s contribution to their latest split E.P. below. Without further ado, let’s here from Dustin.

Joshua BTS: Greetings. Thanks you for stopping by Blow The Scene today to answer a few questions for readers around the world. Lets kick off by having you introduce yourself and declare your onstage weapon of choice with Philadelphia-based, two piece sludge punk outfit, Bubonic Bear.

Hello my name is Dustin and I play drums in Bubonic Bear.

Joshua BTS: Your latest release is a split with Hulk Smash. Can you give us the skinny on this recording? When, where, and whom did you record with? 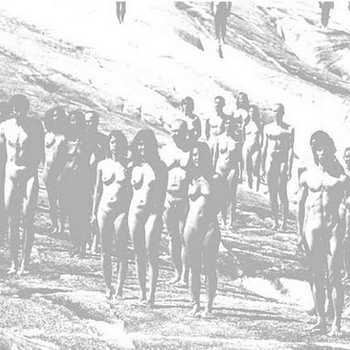 Dustin: We recorded at Red Planet Studios with BJ from Hulk Smash during a snowstorm. He has a really nice studio right outside the city in Clifton Heights. All our recordings up until that point had been recorded in a third floor bedroom in South Philly. So it was a good experience to change it up a bit. We are both very happy with the way they turned out.

Joshua BTS: How did you come to link up with Hulk Smash?

Dustin: BJ asked us if we would be interested in doing a split with them in order to help promote Two Piece Fest. It was originally supposed to be a split 12”, but because we were super broke at the time it just turned into a tape.

Joshua BTS: What are some of the pros vs cons of being in a 2-man project as opposed to traditional 3 or 4 piece outfit?

Dustin: Being in a two-piece makes in incredibly easy to practice. We usually just call each other when we finish work and see if the other can practice. I can’t comprehend how I used to get five people in one room to practice and write music.

The cons are that you don’t have a middle man. It ends up being whoever yells louder will get their way. 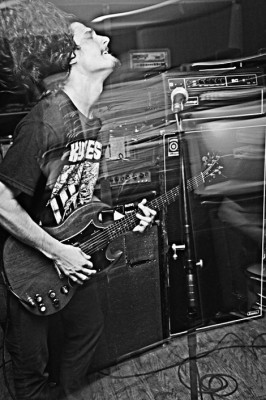 Joshua BTS: What is the story behind the name Bubonic Bear?

Dustin: It was my grandmother’s maiden name before she immigrated to the United States.

Joshua BTS: What are some of the lyrical focuses of the new release?

Dustin: Things that are dark, weird and awkward.

Joshua BTS: What is story behind the cover art?

Dustin: We gave the good people at Sire Press some money and they drew it for us.

Joshua BTS: What does the rest of 2011 look like for Bubonic Bear? Tours, Recording, time Off?

Dustin: We plan to lock ourselves up in Andrew’s basement and not come out until we finish up writing our full-length. Another major con of being in a two-piece (for us at least) is that it takes a really long time to write songs. There is a lot of space you need to fill in when there is just drums and guitars, so it takes a lot of rewriting and tweaking in order for us to get everything sounding full and end up with a final product that we are 100% happy with.

We are also booking two short tours for the fall. The first one is with Holy Dirt and the second with Balaclava from Richmond. 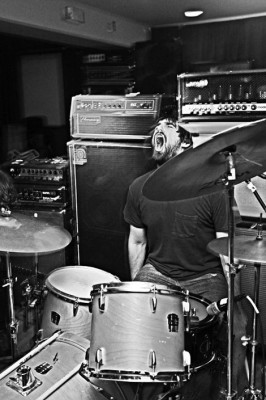 Joshua BTS: You guys remain pretty active in the Philly underground scene. Any bands out there that have your attention or are really exciting you?

Dustin: The Dreamcastle, Motel Hell, Pilam, Trinity Haus, The Olive Garden and pretty much anywhere that is not the M Room.

Joshua BTS: Where is best place for fans to keep up with your music online?

Joshua BTS: Thank you for speaking with us today, we look forward to keeping up with your future endeavors! Any final thoughts or shout outs?

Dustin: That gum you like is going to come back in style.