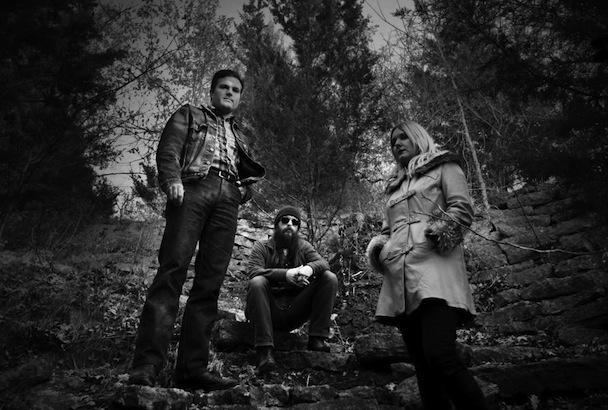 “Skull Eyes,” the first single from True Widow‘s forthcoming Kemado debut, As High As The Highest Heavens And From The Center To The Circumference Of The Earth, can now be streamed for free at Blow The Scene.

Click the icon below to stream “Skull Eyes” instantly courtesy of Kemado Records.

The band, which includes singer/guitar player D.H. Phillips (formerly of Slowride), singer/bass player Nicole Estill and Slim Texas on drums, have self-described their music as “stonegaze.”

True Widow recently confirmed a tour with And You Will Know Us By The Trail of the Dead and Surfer Blood, dates are:

The band will perform at a hometown record release show on Mar. 26 at The Double Wide.

As High As The Highest Heavens And From The Center To The Circumference Of The Earth was produced by True Widow and recorded by Matt Pence (Centro-Matic, Ester Drang) at Denton, Texas studio, The Echo Lab.